Work On The Sewer 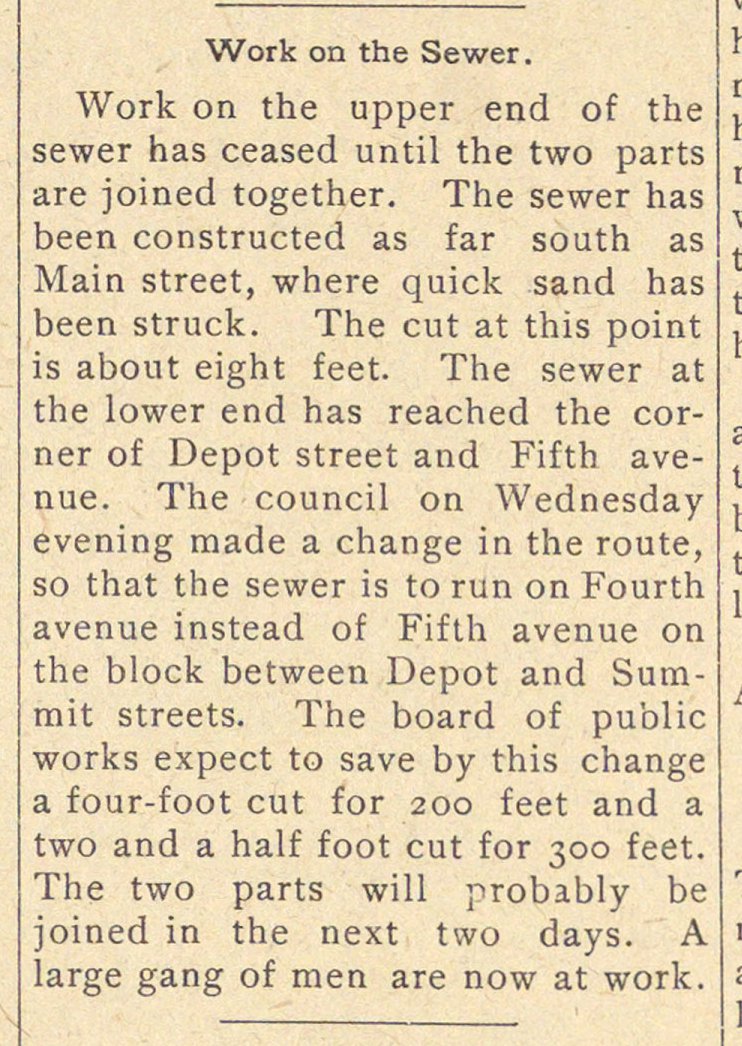 Work on the upper end of the sewer has ceased until the two parts are joined together. The sewer has been constructed as far south as Main street, where quick sand has been struck. The cut at this point is about eight feet. The sewer at the lower end has reached the corner of Depot street and Fifth avenue. The council on Wednesday evening made a change in the route, so that the sewer is to run on Fourth avenue instead of Fifth avenue on the block between Depot and Summit streets. The board of public works expect to save by this change a four-foot cut for 200 feet and a two and a half foot cut for 300 feet. The two parts will probably be joined in the next two days. A large gang of men are now at work.