Trouble Over A Big Hog 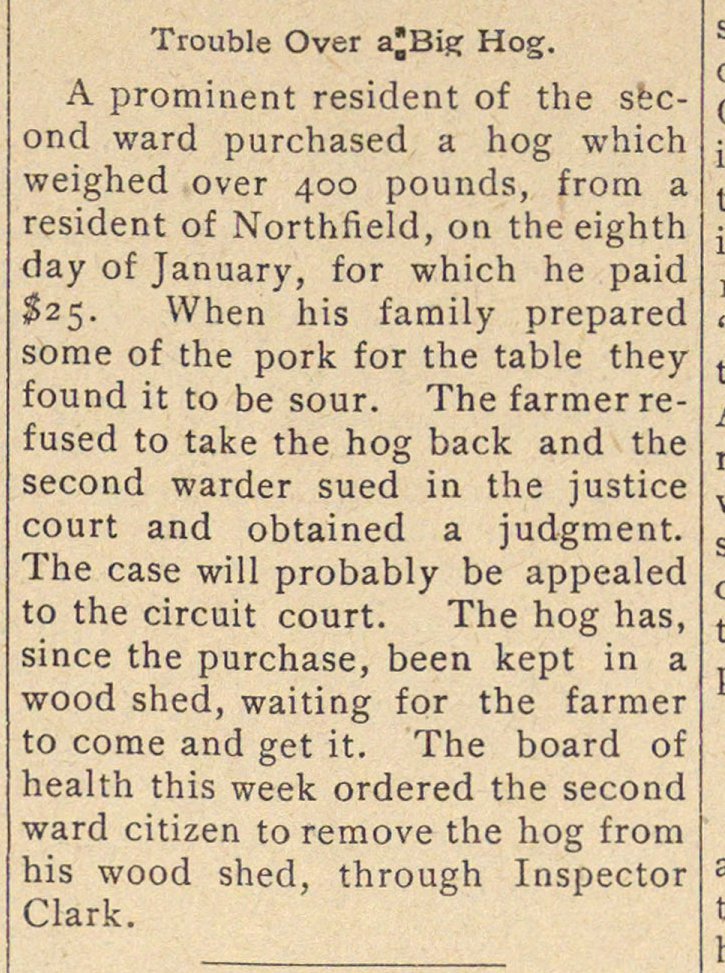 A prominent resident of the sècond ward purchased a hog which weighed over 400 pounds, from a resident of Northfield, on the eighth day of January, for which he paid #25. When his family prepared some of the pork for the table they found it to be sour. The farmer refused to take the hog back and the second warder sued in the justice court and obtained a judgment. The case will probably be appealed to the circuit court. The hog has, since the purchase, been kept in a wood shed, waiting for the farmer to come and get it. The board of health this week ordered the second ward citizen to remove the hog from his wood shed, through Inspector Clark.