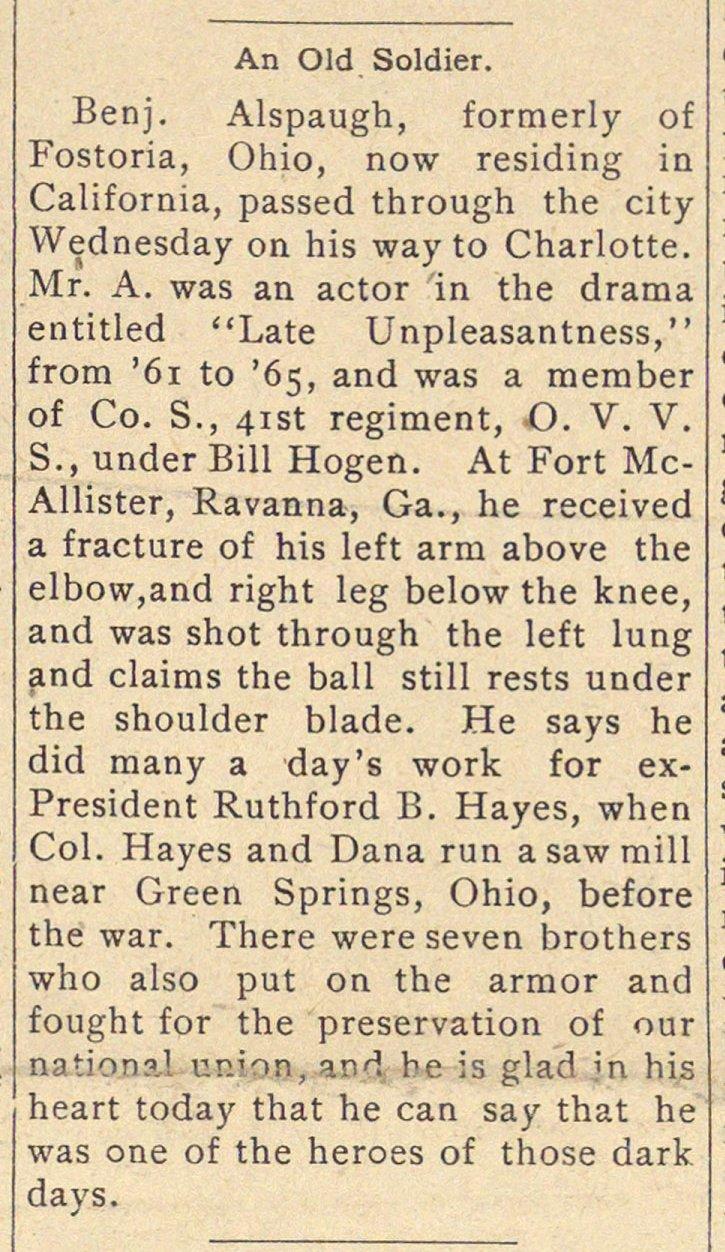 Benj. Alspaugh, formerly of Fostoria, Ohio, now residing in California, passed through the city Wednesday on his way to Charlotte. Mr. A. was an actor 'in the drama entitled "Late Unpleasantness," from '61 to '65, and was a member of Co. S., 4ist regiment, O. V. V. S., under Bill Hogen. At Fort McAllister, Ravanna, Ga., he received a fracture of his left arm above the elbow,and right leg below the knee, and was shot through the left lung and claims the ball still rests under the shoulder blade. He says he did many a day's work for exPresident Ruthford B. Hayes, when Col. Hayes and Dana run asawmill near Green Springs, Ohio, before the war. There were seven brothers who also put on the armor and fought for the preservation of our aationaJ ur.'in, anH be is glad m his heart today that he can say that he was one of the héroes of those dark days.