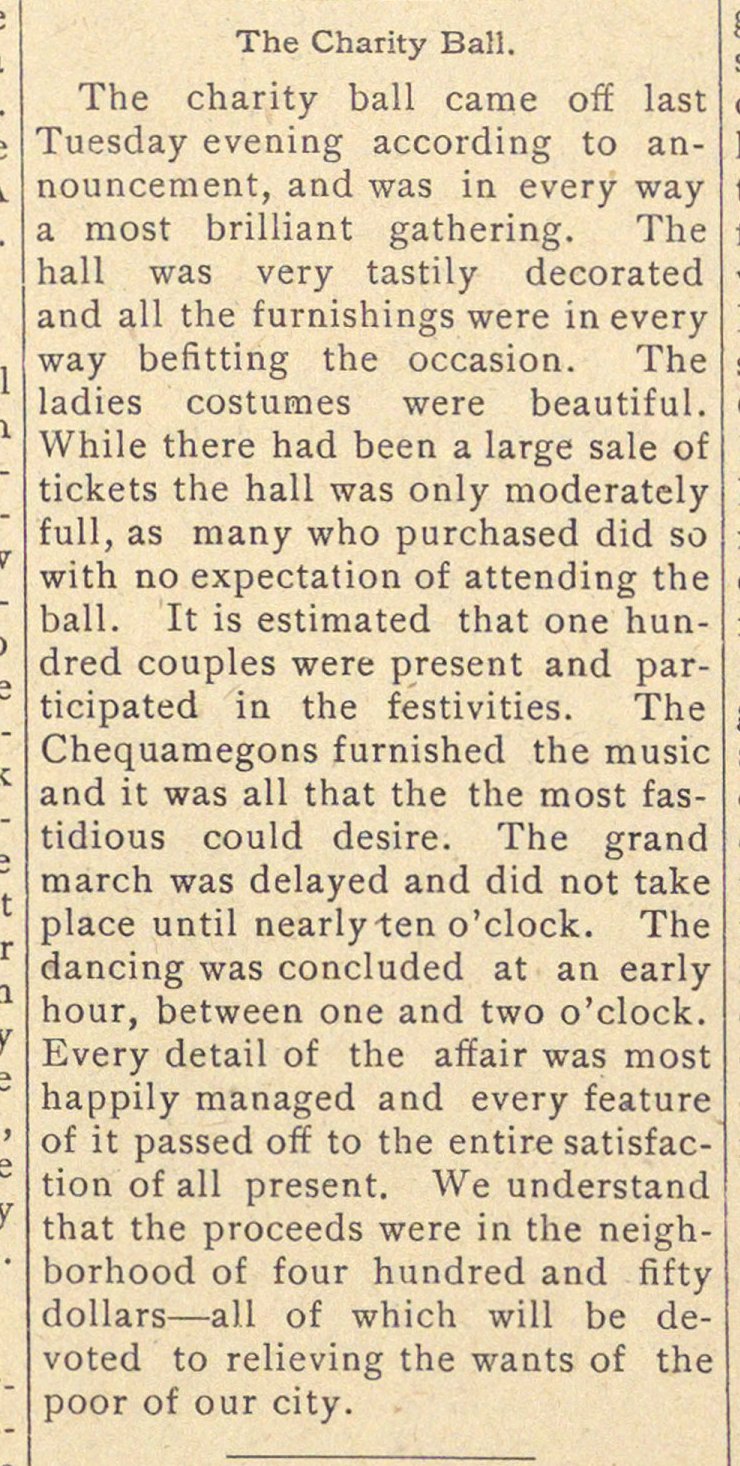 The charity ball came off last Tuesday evening according to announcement, and was in every way a most brilliant gathering. The hall was very tastily decorated and all the furnishings were in every way befitting the occasion. The ladies costumes were beautiful. While there had been a large sale of tickets the hall was only moderately full, as many who purchased did so with no expectation of attending the ball. It is estimated that one hundred couples were present and participated in the festivities. The Chequamegons furnished the music and it was all that the the most fastidious could desire. The grand march was delayed and did not take place until nearlyten o'clock. The dancing was concluded at an early hour, between one and two o'clock. Every detail of the affair was most happily managed and every feature of it passed off to the entire satisfaction of all present. We understand that the proceeds were in the neighborhood of four hundred and fifty dollars - all of which will be devoted to relieving the wants of the poor of our city.