Attempted To Leave The Hospital 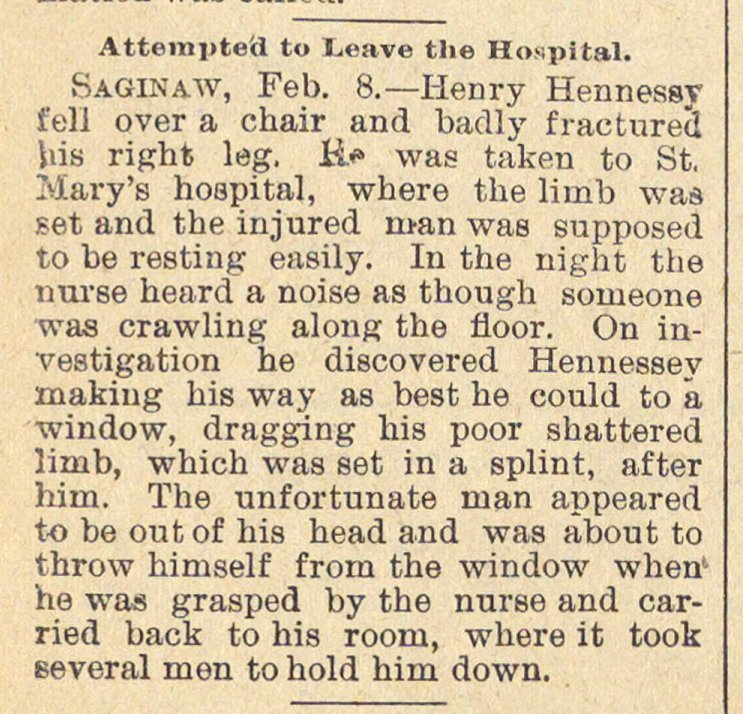 Saginaw, Feb. 8.- Iienry Hennessy feil over a chair and badly fracturen lus right leg. i was taken to St. Mary's hospital, where the limb was set and the injured man was supposed to be resting easily. In the night the nurse heard a noise as though sorueone was crawling along the floor. On investigation he discovered Hennessev making bis way as best he could to a window, dragging his poor shattered limb, which was set in a splint, after him. The unfortunate man appeared to be out of his head and was about to throw himself from the window when' he was grasped by the nurse and carried back to his room, where it took Beveral men to hold him down.