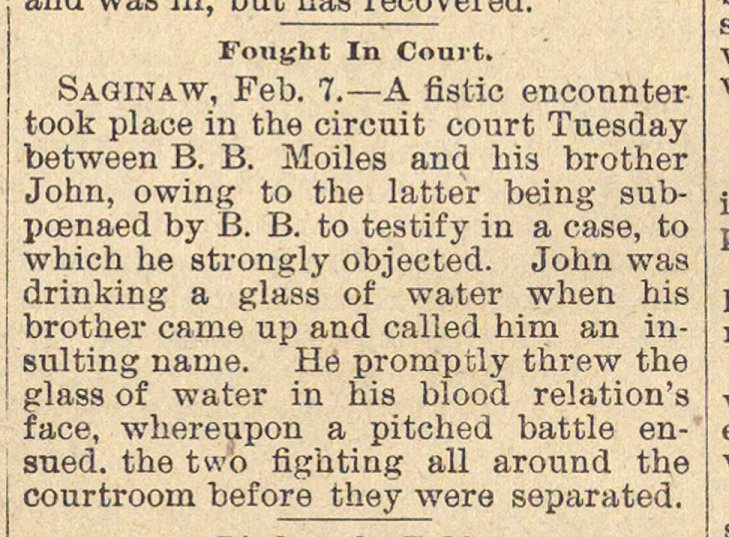 Saginaw, Feb. 7. - A fistic enconnter took place in the circuit court Tuesday between B. B. Moiles and bis brother John, owing to the latter being subpcenaed by B. B. to testify in a case, to which he strongly objected. John was drinking a glass of water when his brother came up and called him an insul ting name. He prompcly threw the glass of water in his blood relation's face, whereupon a pitched battle ensued. the two fighting all around the courtroom before they were separated.