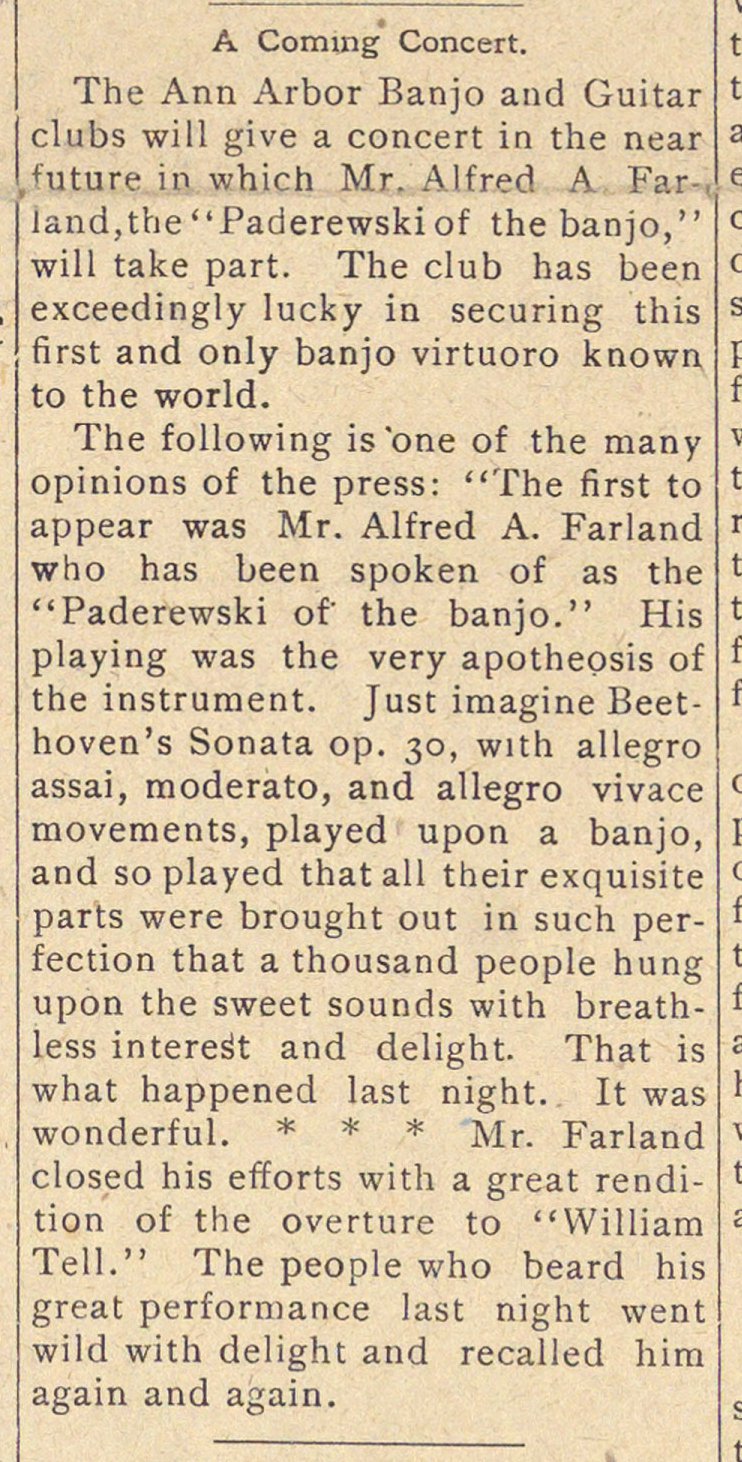 The Ann Arbor Banjo and Cuitar clubs will give a concert in the near future in which Mr. Alfred A Far-, land,the"Paderewskiof the banjo, " will take part. The club has been exceedingly lucky in securing this first and only banjo virtuoro known to the world. The following isbne of the many opinions of the press: "The first to appear was Mr. Alfred A. Farland who has been spoken of as the "Paderewski of' the banjo." His playing was the very apothepsis of the instrument. Just imagine Beethoven's Sonata op. 30, with allegro assai, moderato, and allegro vivace movements, played upon a banjo, and so played thatall their exquisite parts were brought out in such perfection that a thousand people hung upon the sweet sounds with breathless interest and delight. That is what happened last night. It was wonderful. Mr. Farland closed his efforts with a great rendition of the overture to "William Teil." The people who beard his great performance last night went wild with delight and recalled him again and again.