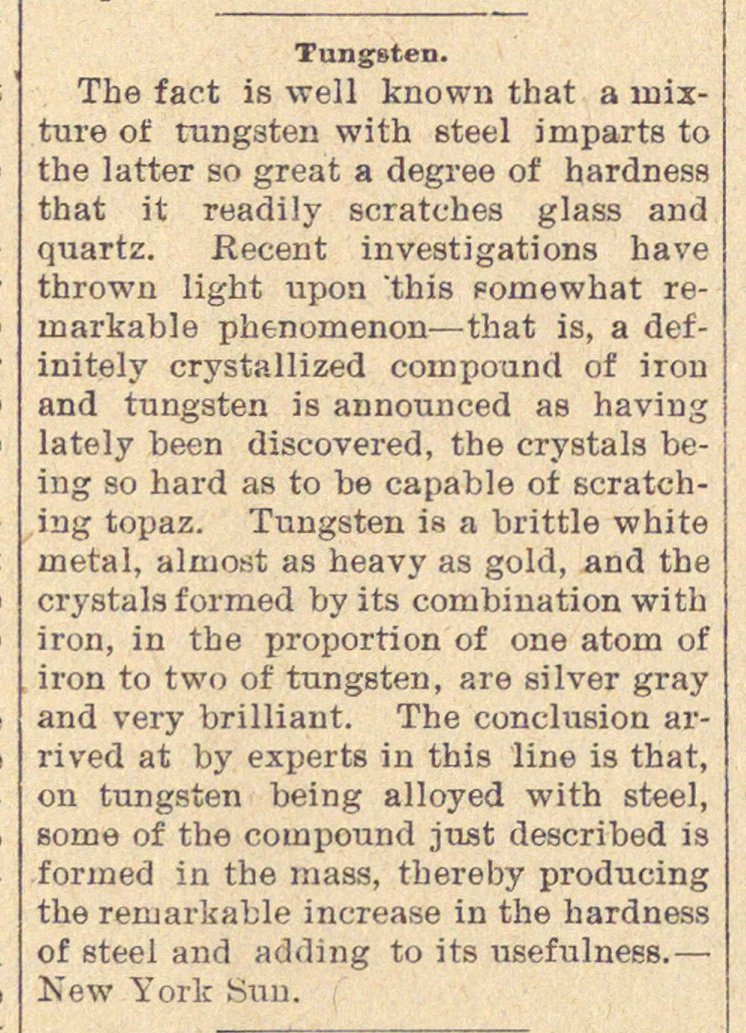 The fact is well known that a mixture of rungsten with 6teel imparta to the latter so great a degree of hardness that it readily scratches glass and quartz. Recent investigations have thrown light upon 'this pomewhat reinarkable phenomenon - that is, a definitely crystallized compound of iron and tungsten is announced as having lately heen discovered, the crystals being so hard as to be capable oí scratching topaz. Tungsten is a brittle white metal, alniost as heavy as gold, and the crystals f ormed by its combiuation with iron, in the proportion of one atom of iron to two of tungsten, are silver gray and very brilliant. The conclusión arrived at by experts in this line is that, on tungsten being alloyed with steel, some of the compound just described is fonned in the niass, thereby producing the remarkable increase in the hardness of steel and adding to its sefulness. -