She Preferred The Burglars 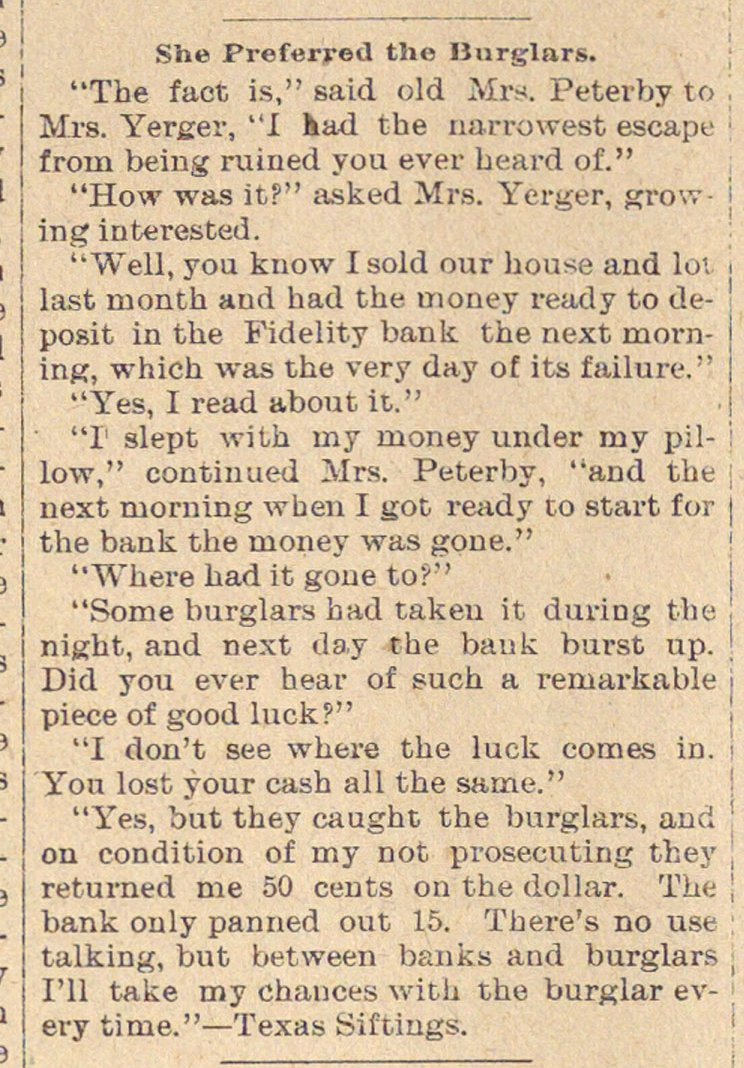 "The fact is, saicl old Mrs. Peterby tf Mrs. Yerger, "I had the narro west escape from being ruined you ever heard of." "How was it?" asked Mrs. Yerger, grow ; ing interested. "Well, you know I sold our house and lol ! last nionth and had the money ready to de! poait in the Fidelity bank the next morn ing, which was the very day oL its fallare.'! "Yes, I read about it." "l1 slept with my money under my pillow," continued Hrs. Peterby, "and the next ruorning wlien I got ready co start for ] the bank the money was gone." "Where had it gone to?"' "Some burglars had takeu it during tbc I night, and next da.y the bank burst up. Did you ever hear of such a reruarkable piece of good hick?" "I don't ste where the luck comes in. Yon lost your cash all the same." "Yes, but they caught the burglars, and on condition of my not prosecuting they returned me 50 cents on the dollar. Th(; bank ouly panned out 15. There's no use talking, but between banks and burglars I'll take my chances with the burtrlar ery time."