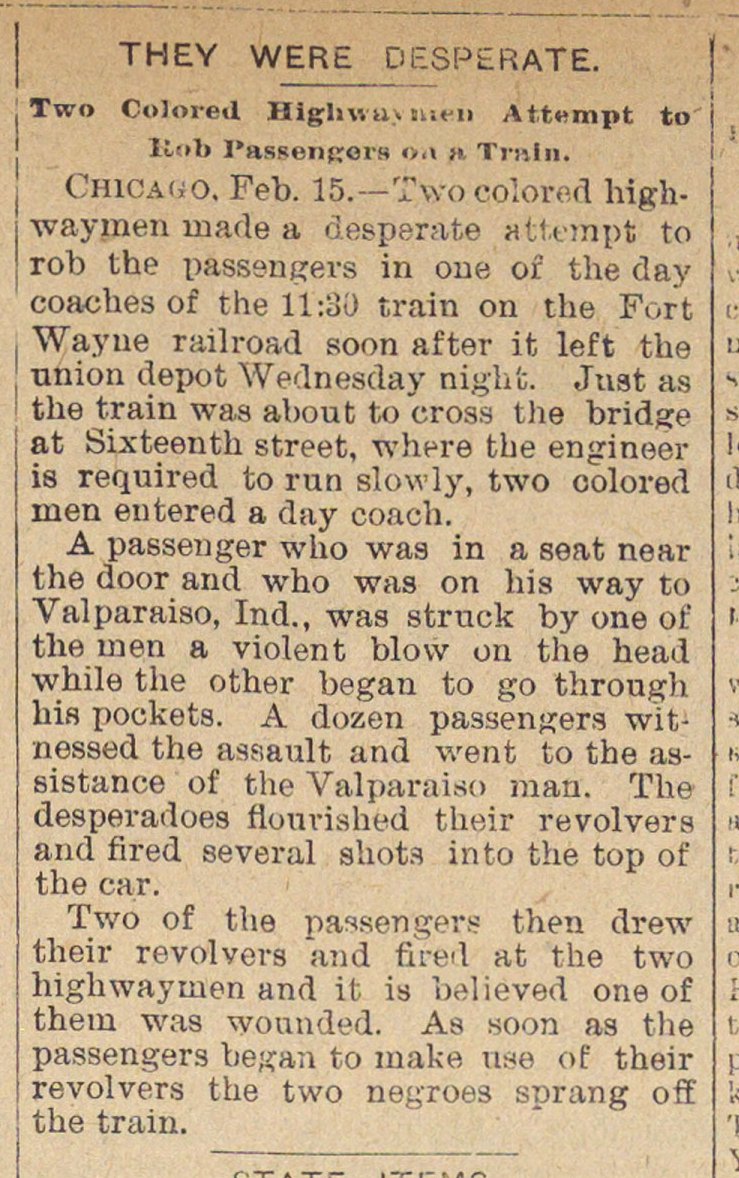 UHICaüO. Feb. 15.- Two colorea highwaymen made a desperate attempt to rob the passsngevs in one of the day coaches of the 11:30 train on the Fort Wayne railroad soon after it left the unión depot Wednesday night. Jnst as the train was ahout to cross the bridge at Sixteenth street, where the en gi neer is required to run slowly, two oolored men entered a day coach. A passenger who was in a seat near the door and who was on his way to Valparaíso, Ind., was struck by one of the men a violent blow on the head while the other began to go through his pockets. A dozen passengers wïtnessed the assault and went to the assistance of the Valparaíso man. The desperadoes flourished their revolvers and fired several shots into the top of the car. Two of the passen gers then drew their revolvers and fired at the two highwaymen and it is lüeved one of them was wounded. As soon as the passengers began to tnake uso of their revolvers the two negroes sprang off the train.