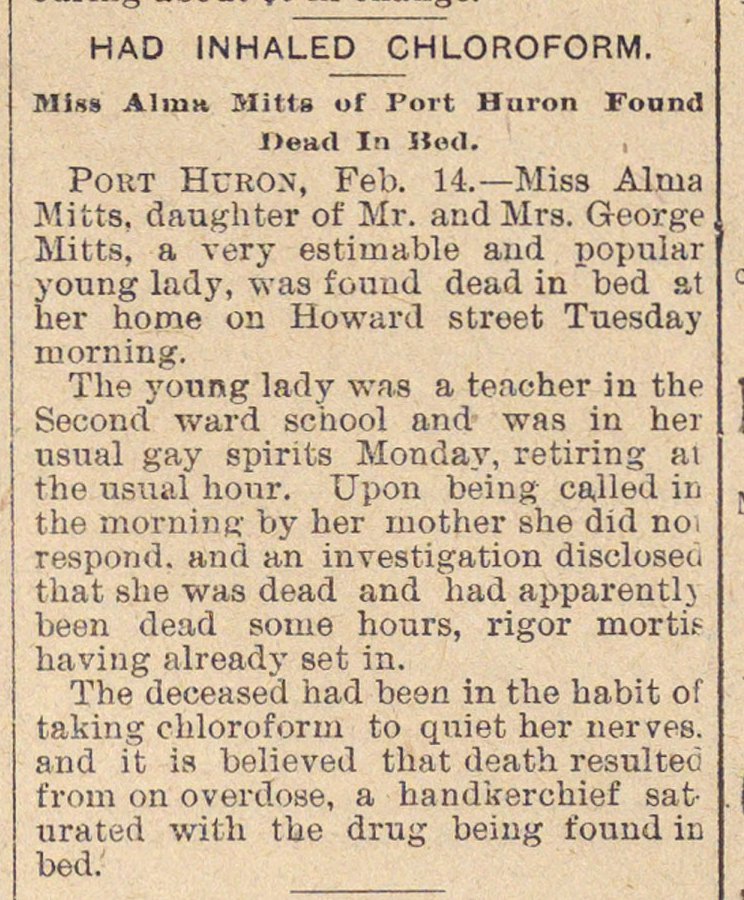 Pout Hurón, Feb. 14.- Miss Alma IV'itts, daughter of Mr. and Mrs. G-eorge Mitts, a very estimable and popular young lady, was fouud dead in bed at her home on Howard stroet Tuesday niorning. The young lady was a teacher in the Second ward school and was in her usual gay spirits Monday, retiring ai the visual hour. Upon being called iii the mornins by her mother she díd no respond. and an investigation discloseu that she was dead and had apparentl) been dead some hours, rigor mortis having already set in. The deceased had been in the habit of taking chloroform to qniet her nerves. and it ia believed that death resultec from on overdose, a handkerchief sat urated with the drug being found iii bed.