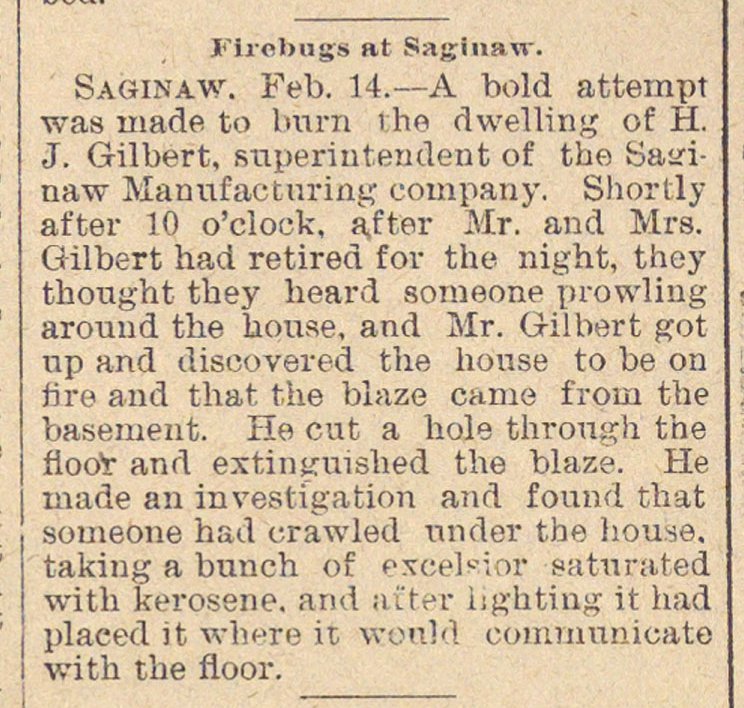 SaGINAW. Feb. 14. - A bold attempt was made to burn vho dwelling of H. J. Gilbert, superintendent of the ü&'Anaw Manufacturing company, Shortly after 10 o'clook, a,fter Mr. and Mrs. Gilbert had retired for the night, they thought they heard someone prowling around the house, and Mr. Gilbert got np and discovered the house to be on Sre and that the blaze carne f rom the basement. He cut a hole throngh the anrl extinguished the blaze. He I made au investigation and found that souieone had urawled under the iiouse. taking a bunch of escelsior saturated with kerosene, aml after lightiug it luid placed it where it wouW. coiiiniunicate with the floor.