Work Of A Scoundrel 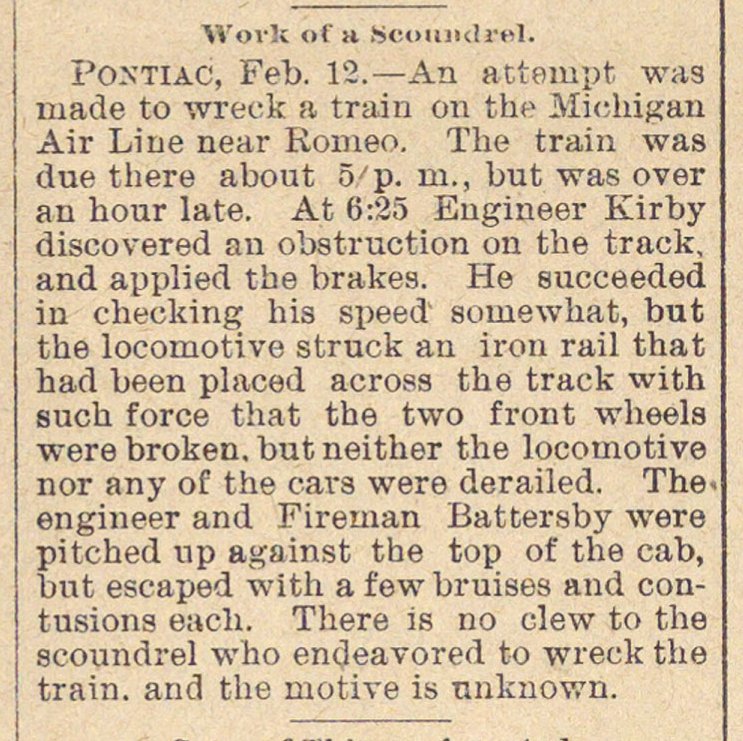 Poxtiac, Feb. 12.- An atteinpt was made to wreek a train on tht Michigan Air Line near Romeo. The train was due there about 5'p. m., but was over an hour late. At 6:25 Engineer Kirby discovered an obstruction on the track, and applied the brakes. He succeeded in checking his speed' soinewhat, but the locomotive struck an iron rail that had been placed acroas the track with such force that the two front wheels were broken. but neither the locomotive nor any of the cava were derailed. Theengineer and Fireman Battersby were pitched np against the top of the cab, but escaped with a fewbruises and contusions eacli. Tliere is no clew to the scoundrel who endeavored to wreek the train, and the motive is unknown.