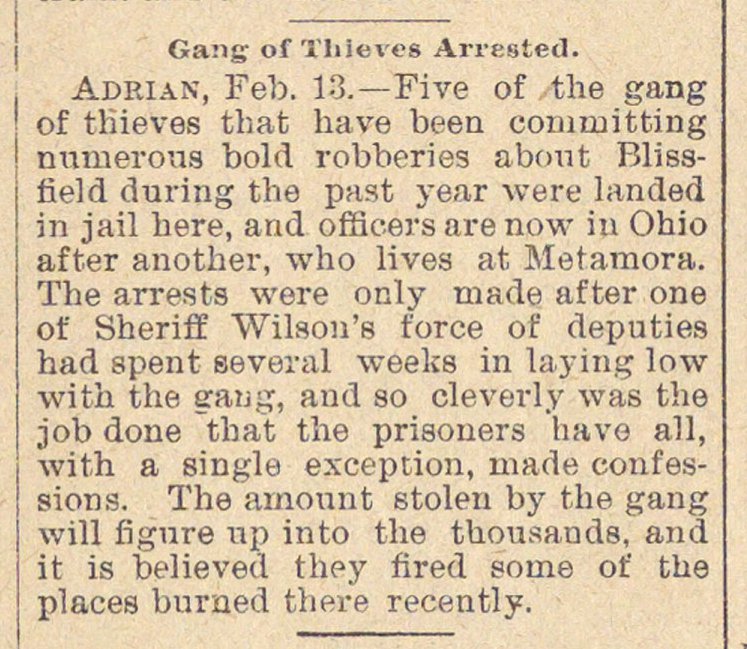 Adrián, tel). 18. - inve ot the gang of thieves thafc have been coianiitting numero-aa bold robberies about Blissfield dming the past year were landed in jail here, and offic.ers are now in Ohio after another, who lives at Metamora. The arresta were only made after one of Sheriff Wilson's force of deputies had spent several weeks in laying lnw with the eaiig, and so cleverly was the job done that the prisoners have all, with a single exception, made confessions. The amount stolen by the gang will fignre up into the thousands, and it is believed thpy fired sonie of the places bnrned there recently.