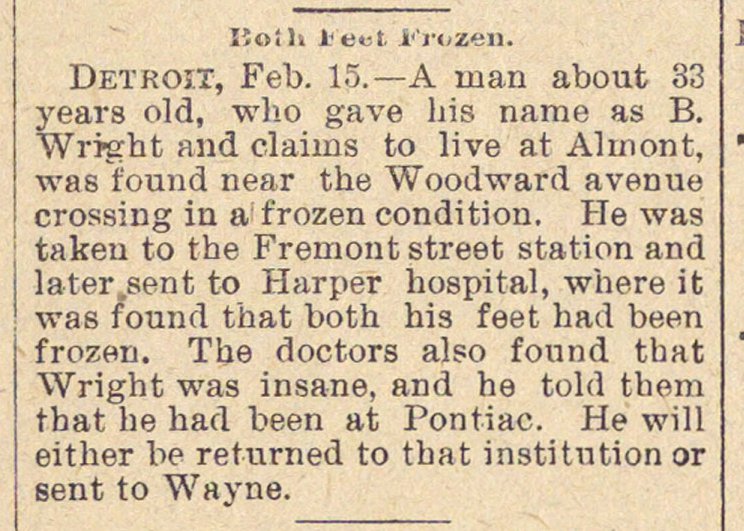 Detroit, F eb. 15.- A man about 83 years oíd, who gave liis name as B. Wrïght and claims to live at Alinont, was found near the Woodward avenua crossing in a frozen condition. He was takeu to the Fremont street station and later .sent to Harper hospital, where it was found that both his feet had been frozeu. The doctors also found that Wright was insane, and he told thein tbat he had been at Pontiac. He will either be returned to that institntion or sent to Wayne.