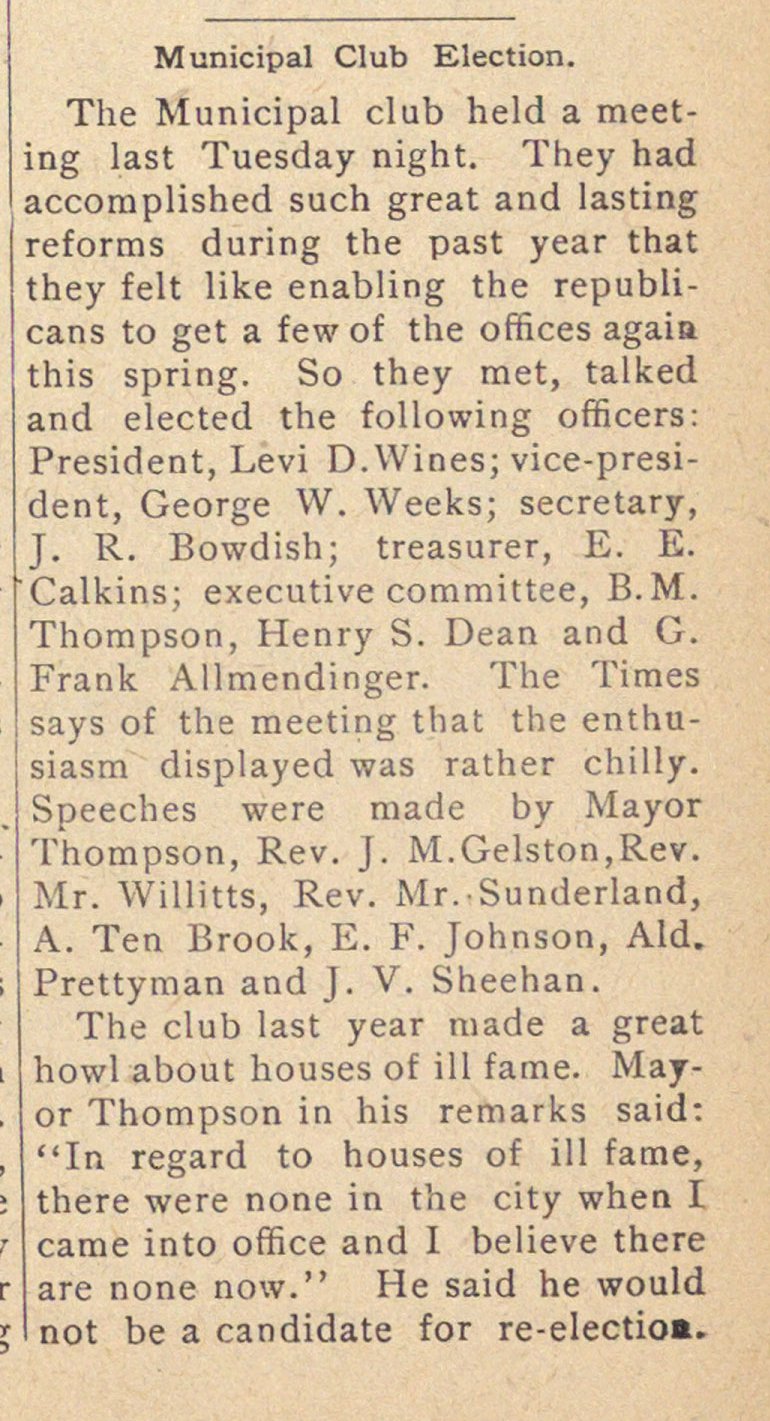 ine Municipal ciud neia a meecing last Tuesday night. They had accomplished such great and lasting reforms during the past year that they feit like enabling the republicans to get a few of the offices agaia this spring. So they met, talked and elected the following officers: President, Levi D.Wines; vice-president, George W. Weeks; secretary, J. R. Bowdish; treasurer, E. E. Calkins; executive committee, B.M. Thompson, Henry S. Dean and G. Frank Allmendinger. The Times says of the meeting that the enthusiasm displayed was rather chilly. Speeches were made by Mayor Thompson, Rev. j. M.Gelston,Rev. Mr. Willitts, Rev. Mr.Sunderland, A. Ten Brook, E. F. Johnson, Aid. Prettyman and J. V. Sheehan. The club last year made a great howl about houses of ill fame. Major Thompson in his remarks said: "In regard to houses of ill fame, there were none in the city when I came into office and I believe there are none now." He said he would not be a candidate for re-electio.