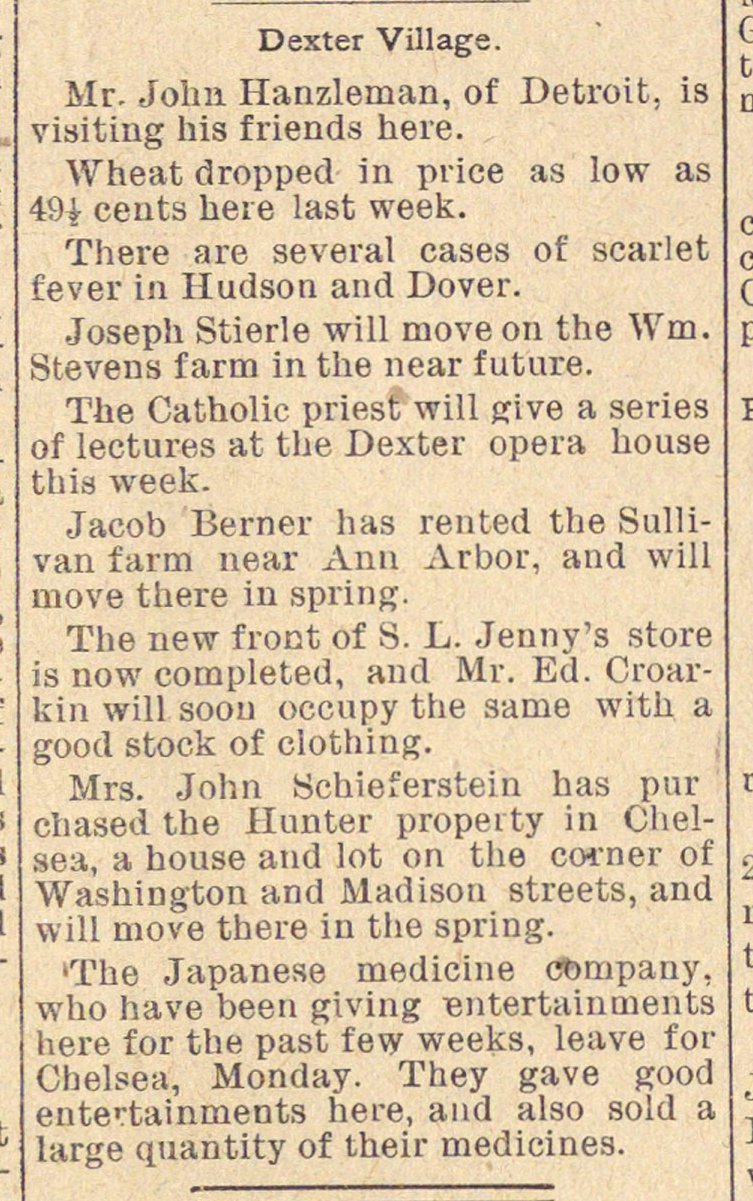 Mr. Jolm Hanzleman, of Detroit, is visiting his friends heie. Wheat dropped in price as low as 49 cents heie last week. There are several cases of scarlet fever in Hudson and Dover. Joseph Stierle will moveon the Wm. Stevens farm in the near future. The Catholic priest will give a series of lectures at the Dexter opera house thia week. Jacob Berner has rentecl the Sullivan farm near Ann Arbor, and will move there in spring. The new front of S. L. Jenny's store is now completed, and Mr. Ed. Croarkin will soot) occupy the same vvith a good stock of clothing. Mrs. John Schieferstein has pur chased the Hunter propeity in Chelsea, a house and lot on the cotner of Washington and Madison streets, and will move there in the spring. 'The Japanese medicine ctmipany. who have been giving Bntertainments here for the past few weeks, leave for Chelsea, Monday. They gave good entertainments here, and also sold a large quantity of their medicines.