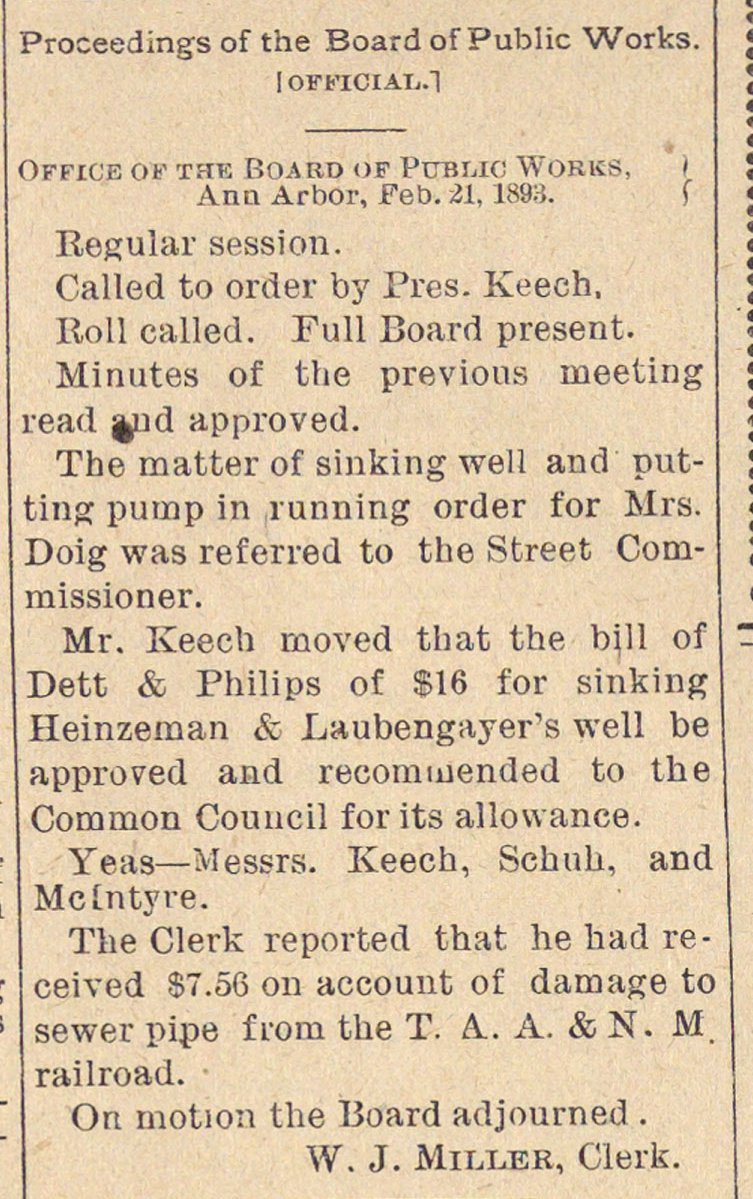 1ofkiciai..t Dffice oï the Board of Pubuc Wobks, í Ana Arbor, Feb. 21, 1893. ( Regular session. Called to order by Pres. Keech, Iloll called. Full Board present. Minutes of the previous meeting read ud approved. The matter of sinking well and putting pump in running order for Mrs. Doig was referred to the Street Commissioner. Mr. Keech moved that the bill of Dett & Philips of $16 for sinking Heinzeman & Laubengayer's well be approved and recomiuended to the Common Council for its allovvance. Yeas - Messrs. Keech, Schub, and Mctntyre. The Clerk reported that he had received $7.56 on account of damage to sewer pipe f rom the T. A.. A. & N. M railroad. On motion the 13oard adiourned .