She Got A Pass 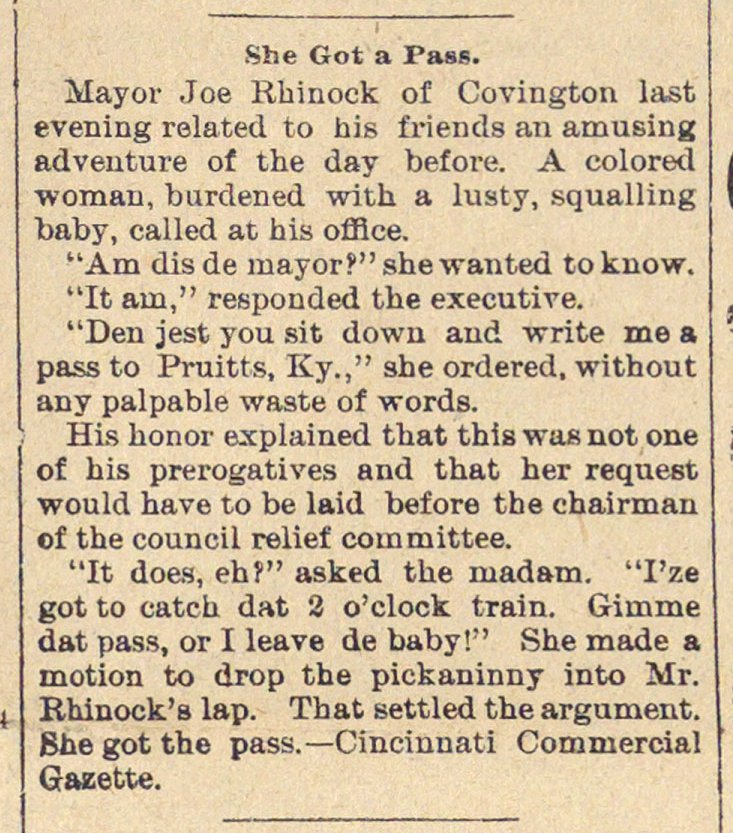 Mayor .Toe Rhinock of Covington last evening relatecl to his friends an amusing adventure of the day before. A coloreíl womaii, burdened with a lusty, squalling baby, called at his office. "Am dis de mayor?" she wanted toknow. "It arn," responded the executive. "Den jest you sit down and write me a pass to Pruitts, Ky.," she ordered, without any palpable waste of words. His honor explained that this was Dot one of his prerogatives and that her requeet would have to be laid before the chairman of the council relief committee. "It does, ehf" asked the madam. "I'ze jot to catch dat 2 o'clock train. Gimme dat pass, or I leave de babyT' She made a inution to drop the pickaninny into Mr. RMnock's lap. That settled the argument.