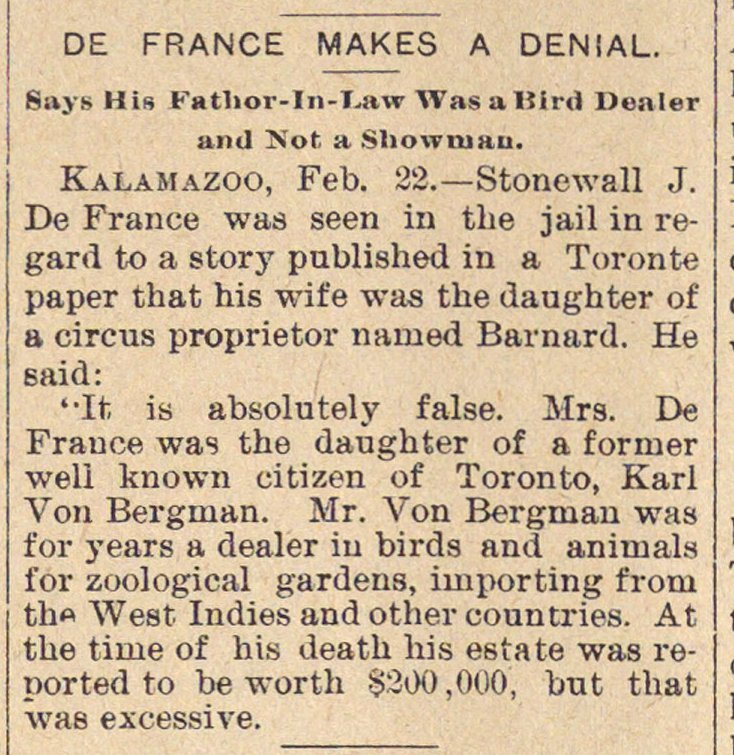 Kalamazoo, Feb. 22.- Stonewall J. De France was seen in the jail in regard to a story published in a Toronte paper that his wife was the daughter of a circus proprietor naiued Barnard. He said: 'It, is absolutely false. Mrs. De Frauoe was the daughter of a former weli known citizen of Toronto, Karl Voii Bergman. Mr. Von Bergman was for years a dealer iu birds and animáis for zoological gardens, importing from th West Indies and other coun tries. At the time of his death his estáte was reported to be worth $300 ,000, but that was excessive.