Had Their Own Line 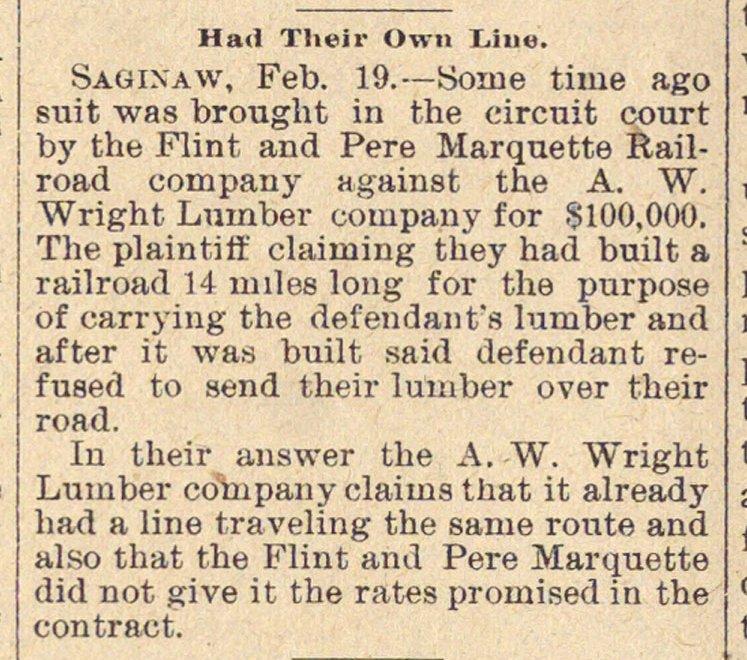 Sagixaw, Feb. 19. - Home time ago suit was brought in the circuit court by the Flint and Pere Marquette Railroad company against the A. W. Wright Lumber company for 100,000. The plaintift' claiming they had built a railroad 14 milos long for the purpose of earrying the defendant's lumber and after it was built said defendant refused to send their lumber over their road. In their answer the A. W. Wright Lumber cdmpany claims tliat it already had a line traveling the same route and also that the Flint and Pere Marquette did not give it the rates promised in the contract.