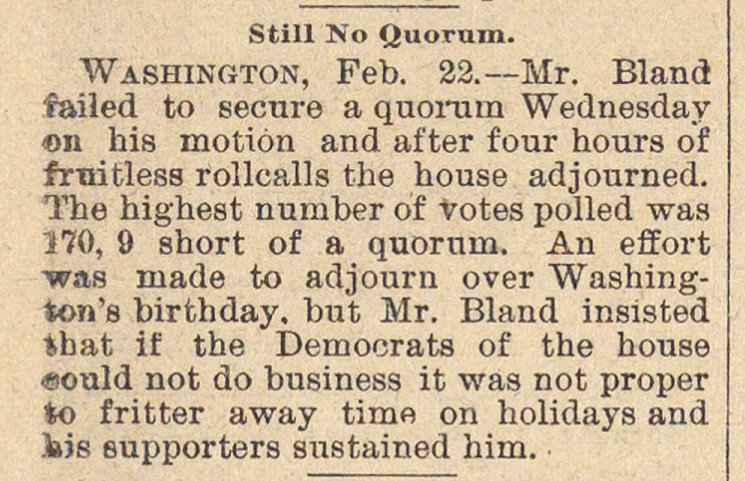 Washington, Peb. 22.- Mr. Blaná failed to secure a quorum Weiinesday n his motión and after four hours of frnitless rollealls the house adjourned. The highest number of votes polled was 170, 9 short of a quornm. An effort was made to adjourn over Washington '8 birthday. but Mr. Bland insisted that if the Demócrata of the house ould not do business it was not proper to fritter away timft on holidays and kis supporters sustained him.