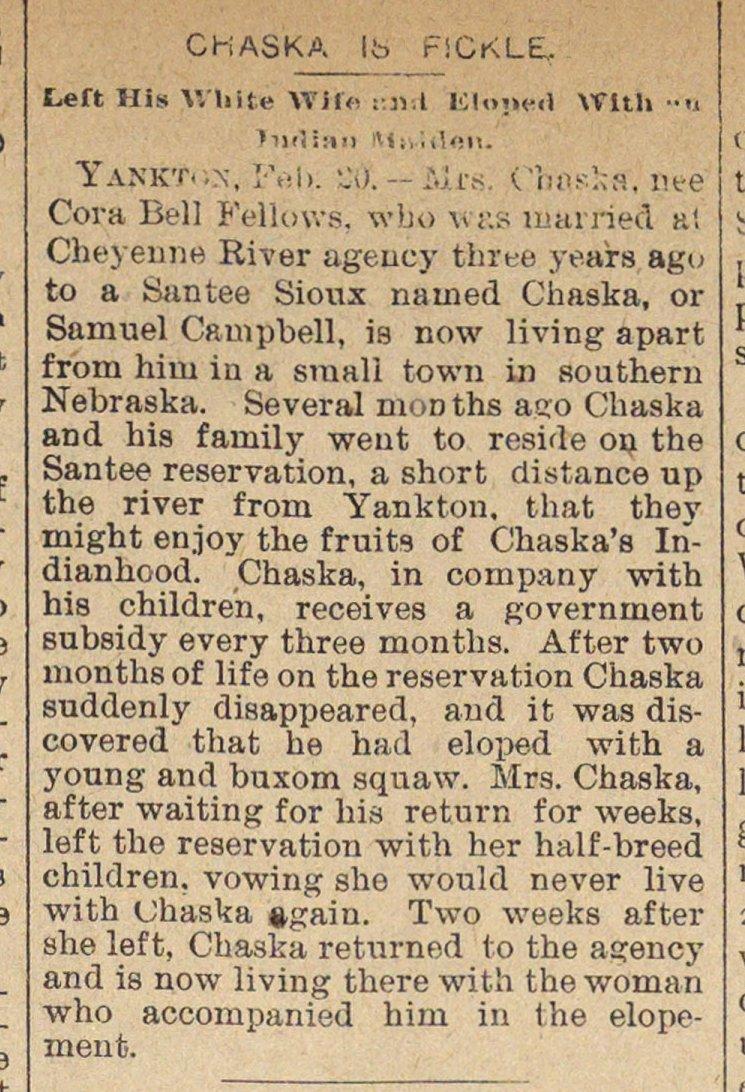 iankT'.x, t oh. üü. - iUrs. t boska, nee Cora Bell Felíuws. wbt v rs nial ried a! Cheyenne River ageocy three years ago to a tíuntee Sioux named Chaska, or Samuel Cauipbell, is now living apart from him in a siunll town in southern Nebraska. Several nion ths acó Chaska and his faraily went to reside on the Santee reservation, a short distance up the river from Yankton. that they might enjoy the fruite of Chaska's Indianhood. Chaska, in company with his children, receives a governinent subsidy every three montlis. After two months of life on the reservation Chaska suddenly disappeared, and it was discovered that he had eloped with a young and buxom squaw. Mrs. Chaska, after waiting for his return for weeks, left the reservation with her half-breed children, vowing she would never live with Chaska ftgain. Two weeks after she left, Chaska retnrned to the as;ency and is now living there with the woman who accompanied him in the elopement.