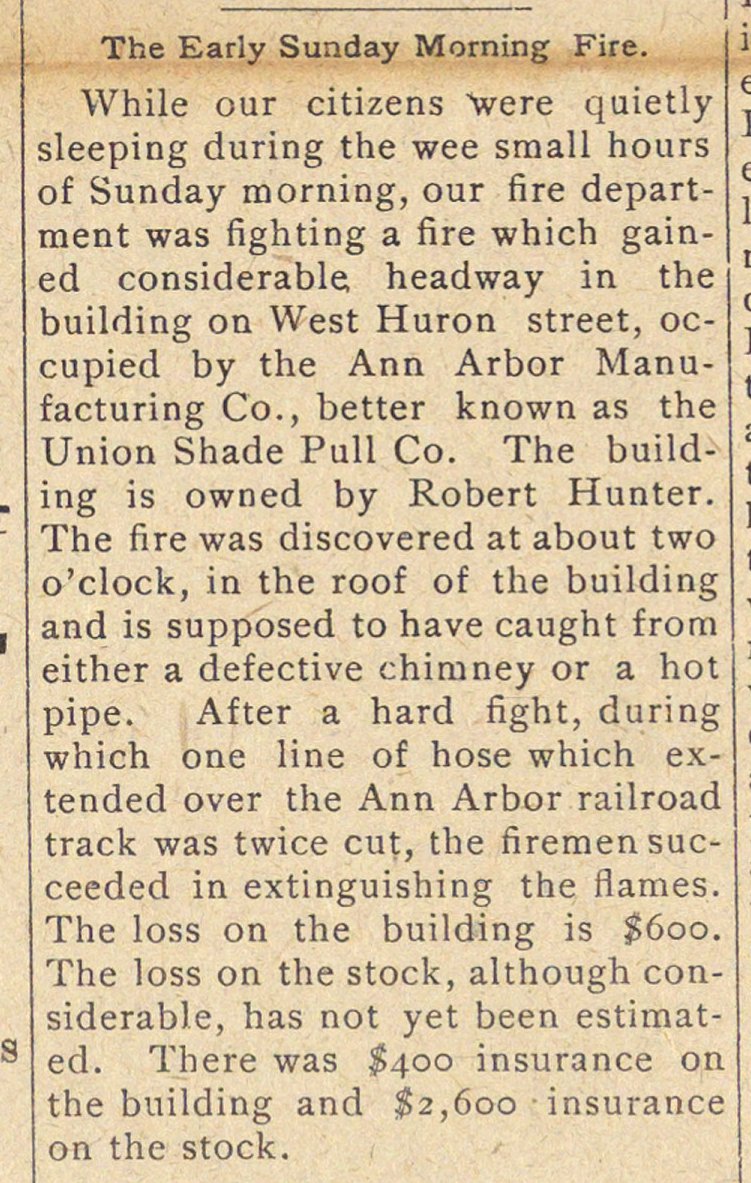 While our citizens vere quietly sleeping during the wee small hours of Sunday morning, our fire department was fighting a fire which gained considerable, headway in the building on West Huron street, occupied by the Ann Arbor Manufacturing Co., better known as the Union Shade Pull Co. The building is owned by Robert Hunter. The fire was discovered at about two o'clock, in the roof of the building and is supposed to have caught from either a defective chimney or a hot pipe. After a hard fight, during which one line of hose which extended over the Ann Arbor railroad track was twice cut, the firemensucceeded in extinguishing the flames. The loss on the building is $600. The loss on the stock, although considerable, has not yet been estimated. There was $400 insurance on the building and $2,600 insurance on the stock.