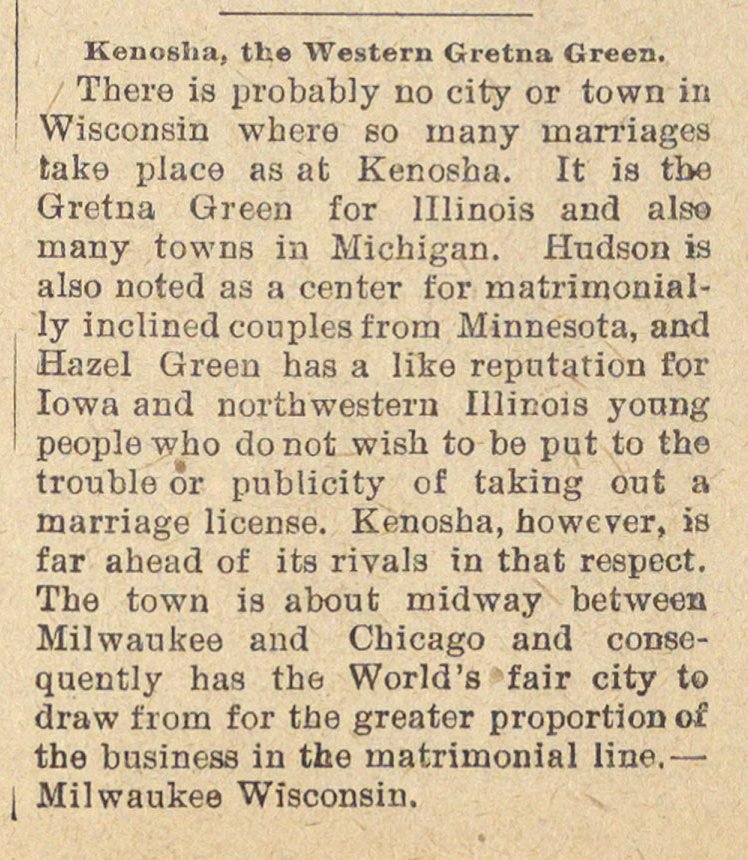 There is probably no city or town in Wisconsin where so many uaarriages take place as at Kenosha. It ia tbe Gretna Green for Illinois and alsO naany towns in Michigan. Hudson is also noted as a center for matrimonially inclinedcouplesfrom Minnesota, and Hazel Green has a like reputation for Iowa and north western Illiriois young peoplewho donot wish to be put to the trouble ór publicity of taking out a marriage licenee. Kenosha, however, is far anead of its rivala in that respect. The town is about midway between Milwaukee and Chicago and consequently has the World's fair city to draw f rom for the greater proportion of the business in the matrimonial line. -