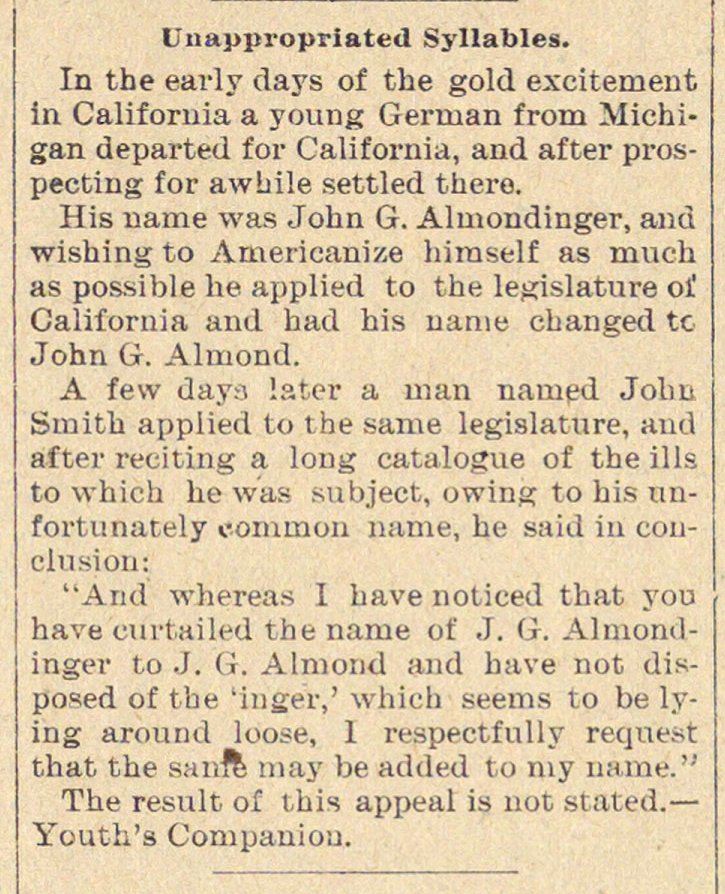 In the early days of the gold excitement in California a young Germán from Michigan departed for California, and after prospecting for awbile settled tuero. His name was John G. Aluiondinger, and wishing to Americanizo liiraself as much as possible he applied to the legislatura oï California and had his name changed te John G. Almond. A few daya later a inan nained Jobu Smith applied to the same legislature, and after reciting a long catalogue of theills to which he was subject, owing to bis unfortunately vommon name, he said in conclusión: "And whereas I havenoticed that you have curtailed the name of J. G. Almondinger to J. G. Almond and have not disposed of the 'inLer,' which seems to be lying arouud loose, 1 respectfully recjuest that the .sanft may be added to my name." The result of this appeal is not stat cd. -