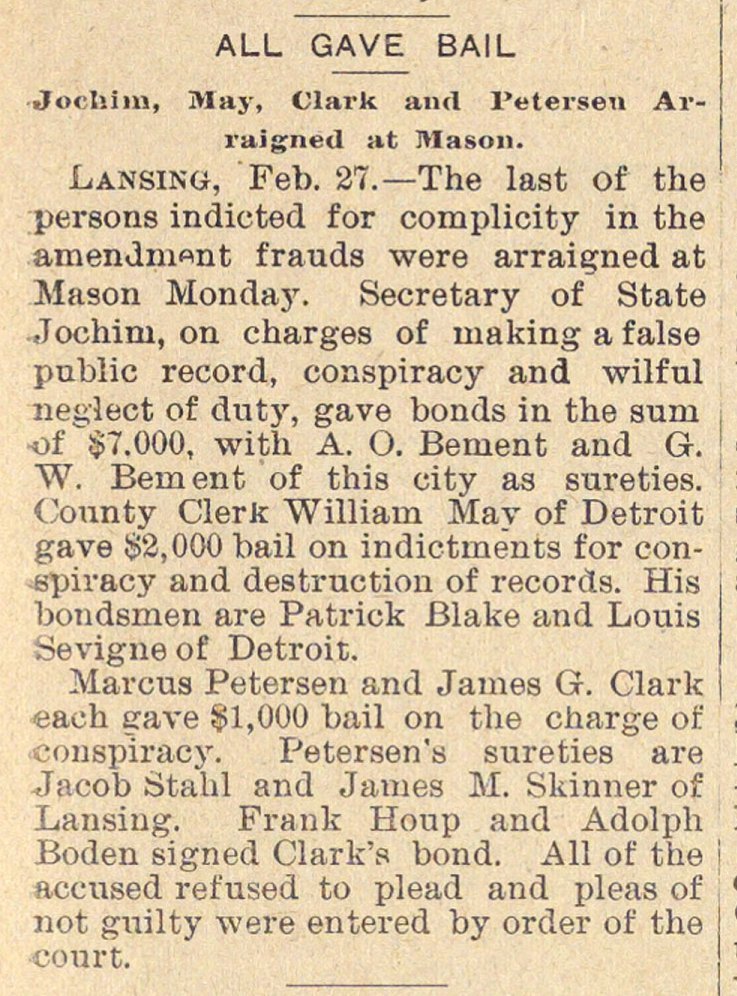 .Lansiito, Feb. 27. - The last ot the persons indicted for complicity in the amenJnmnt frauds were arraigned at Masón Monda}'. Secretary of State Jochim, on charges of making a false public record, conspiracy and wilful íieíílect of dïity, gave bonds in the surn oí 7.000, with A. O. Bement and G. W. Bement of this city as sureties. County ClerJr William May of Detroit gave $2,000 bail on indictments for conspiracy and deatruction of records. His bondsmen are Patrick Blake and Louis Sevigne of Detroit. Marcus Petersen and James G. Clark each gave $1,000 bail on the charge of conspiracy. Petersen's sureties are Jacob Stahl and James M. Skinner of Lansiug. Frank Houp and Adolph Boden signed Clark's bond. All of the accused refused to plead and pleas of not guilty were entered by order of the conrt.