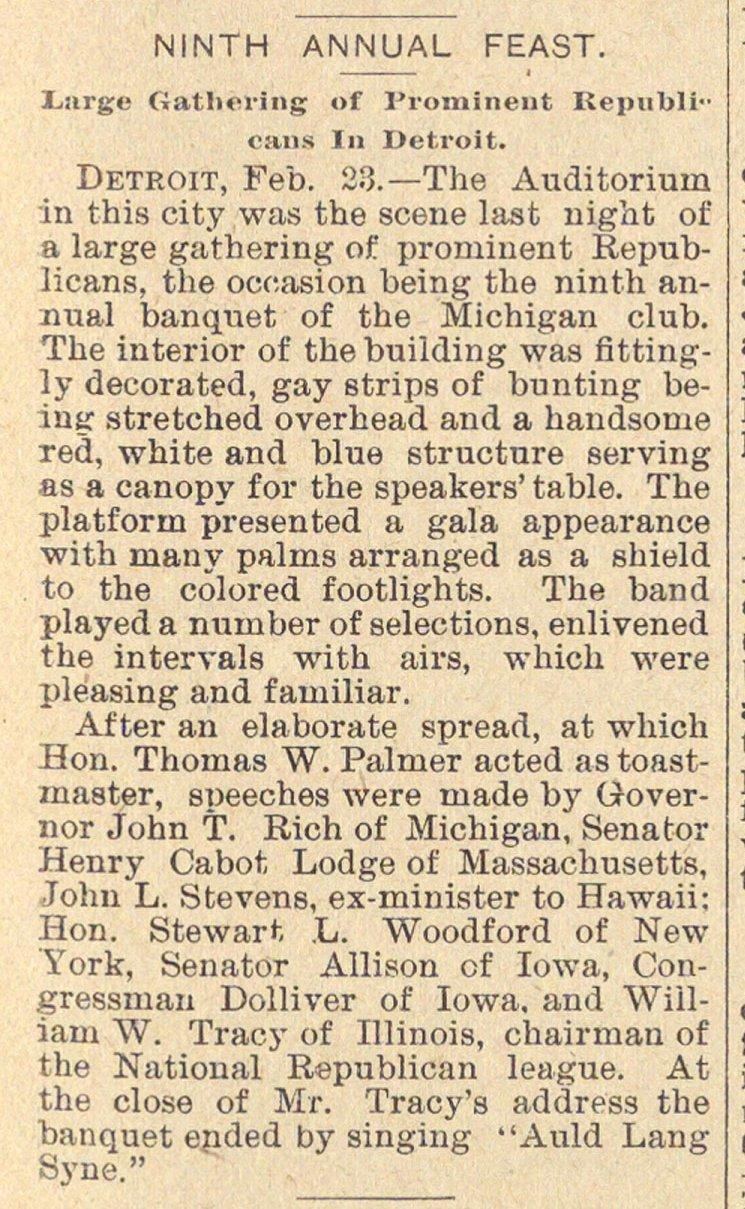 Detroit, Feb. 23.- The Auditorium in this city was the scène last night of a large gatbering of prominent Republicans, the occasion being the ninth annual banquet of the Michigan club. The interior of the building was fittingly decorated, gay strips of bunting beintr stretched overhead and a handsome red, white and blue structure serving as a canopy for the speakers' table. The platform presented a gala appearance with many palms arranged as a shield to the colored footlights. The band played a number of selections, enlivened the intervals with airs, which were pleasing and familiar. After an elabórate spread, at which Hon. Thomas W. Palmer acted as toastmaster, speeches were made by Grovernor John T. Rich of Michigan, Senator Henry Cabot Lodge of Massachusetts, John L. Stevens, ex-minister to Hawaii: Hon. Stewarfc L. Woodford of New York, Senator Allison cf Iowa, Congressman Dolliver of Iowa. and Wiiliam W. Tracy of Illinois, cbairman of the National Republican league. At the close of Mr. Tracy's address the banquet ended by singing "Auld Lang Syne."