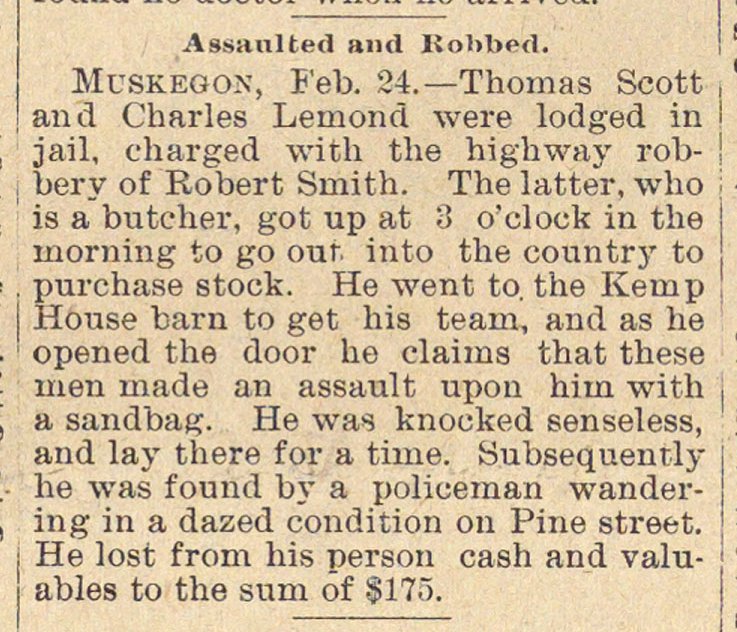 Muskegon, E'eb. 24.- Thomas Scott and Charles Lemond were lodged in jail, charged with the highway robbery of Robert Smith. The latter, who is a butchev, got up at ;! o'oloek in the inorning to go out into the country to purchase stock. He went to. the Kemp House barn to get his team, and as he opened the door he claims that these men made an assault upon him with a sandbag. He was knocked senseless, and lay tliere for a time. Subsequently he was found by a policeman wandering in a dazed condition on Pine street. He lost from his person cash and valuables to the sum of 175.