The Shock Was Too Great 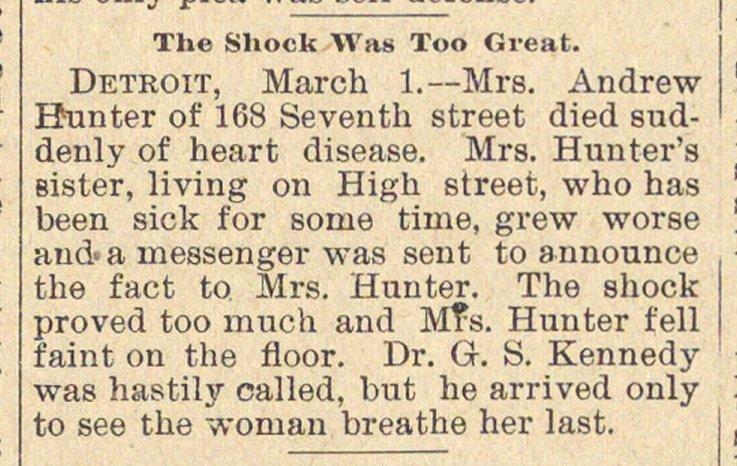 Detroit, March 1. - Mrs. Andrew Hunter of 168 Seventh street died suddenly of heart disease. Mrs. Hunter's Bister, living on High street, who has been sick for some time, grew worse a ïnessenger was sent to announce the fact to Mrs. Hunter. The shock proved too much and MTs. Hunter feil faint on the fioor. Dr. G. S. Kennedy was hastily called, but he arrived only to see the woman breathe her last.