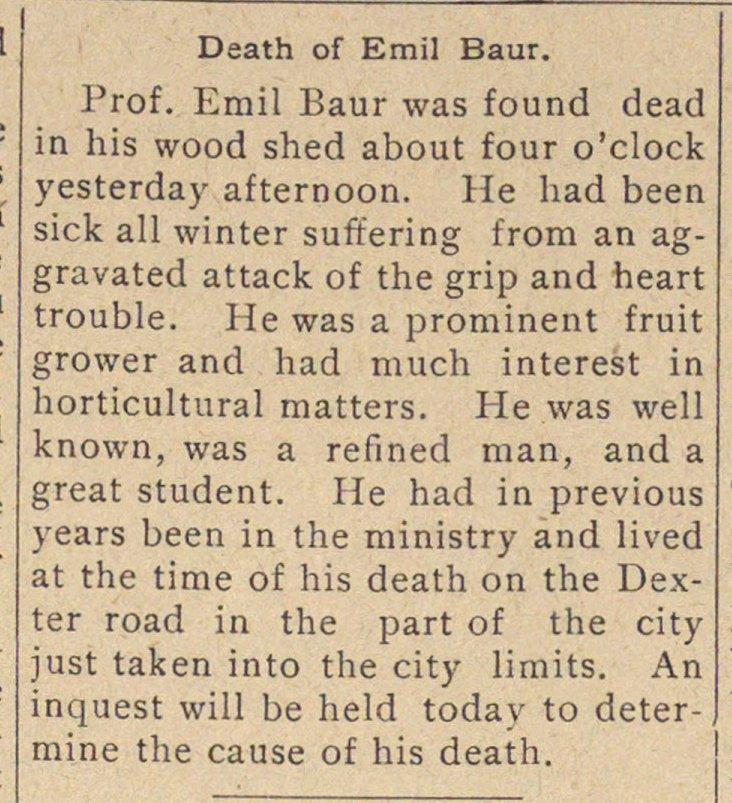 Prof. Emil Baur was found dead in his wood shed about four o'clock yesterday afternoon. He liad been sick all winter suffering from an aggravated attack of the grip and heart trouble. He was a prominent fruit grower and had much interest in horticultural matters. He was well known, was a refined man, and a great student. He had in previous years been in the ministry and lived at the time of his death on the Dexter road in the part of the city just taken into the city limits. An inquest will be held today to determine the cause of his death.