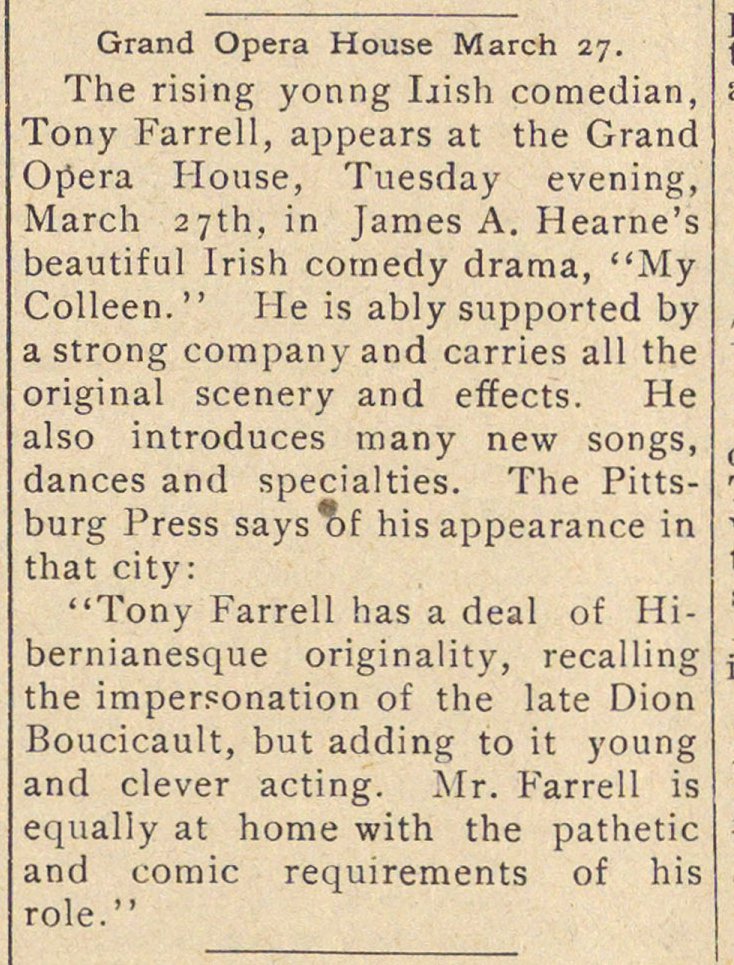 I he rising yonng Ijish comedian, Tony Farrell, appears at the Grand Opera House, Tuesday evening, March 2-jth, in James A. Hearne's beautiful Irish comedy drama, "My Colleen." He is ably supported by a strong companyand carries all the original scenery and effects. He also introduces many new songs, dances and specialties. The Pittsburg Press says%f his appearance in that city: "Tony Farrell has a deal of Hibernianesque originality, recalling the impersonation of the late Dion Boucicault, but adding to it young and clever acting. Mr. Farrell is equally at home with the pathetic and comic requirements of his role."