What Do The Economists Say? 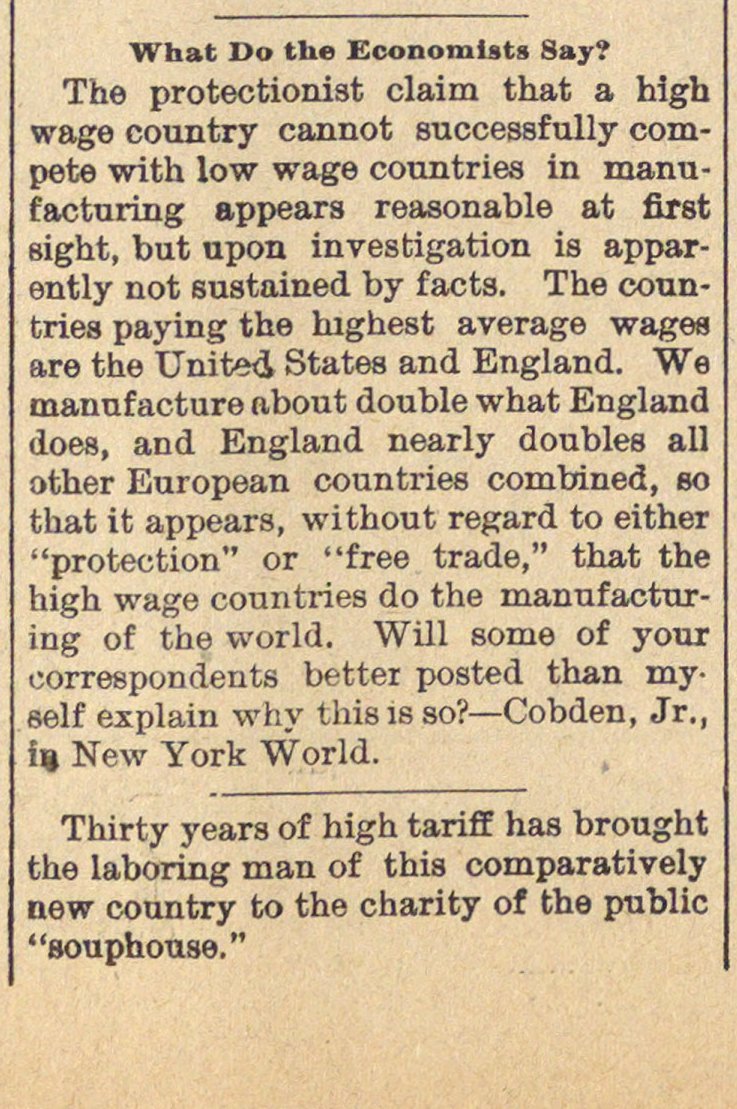 The protectionist claim that a high wage country cannot successfully compete with low wage countries in manufacturing appears reasonable at first sight, but upon investigation is apparently not sustained by facts. The countries paying the highest average wagea are the United States and England. We manufacture about doublé what England does, and England nearly doubles all other European countries combined, eo that it appears, without regard to either "protection" or "free trade," that the high wage countries do the manufacturing of the world. Will some of your corre8pondents better posted than my6elf explain why thisisso? - Cobden, Jr., i New York World. Thirty years of high tariff has brought the laboring man of this comparatively new country to the charity of the public "souphouse."