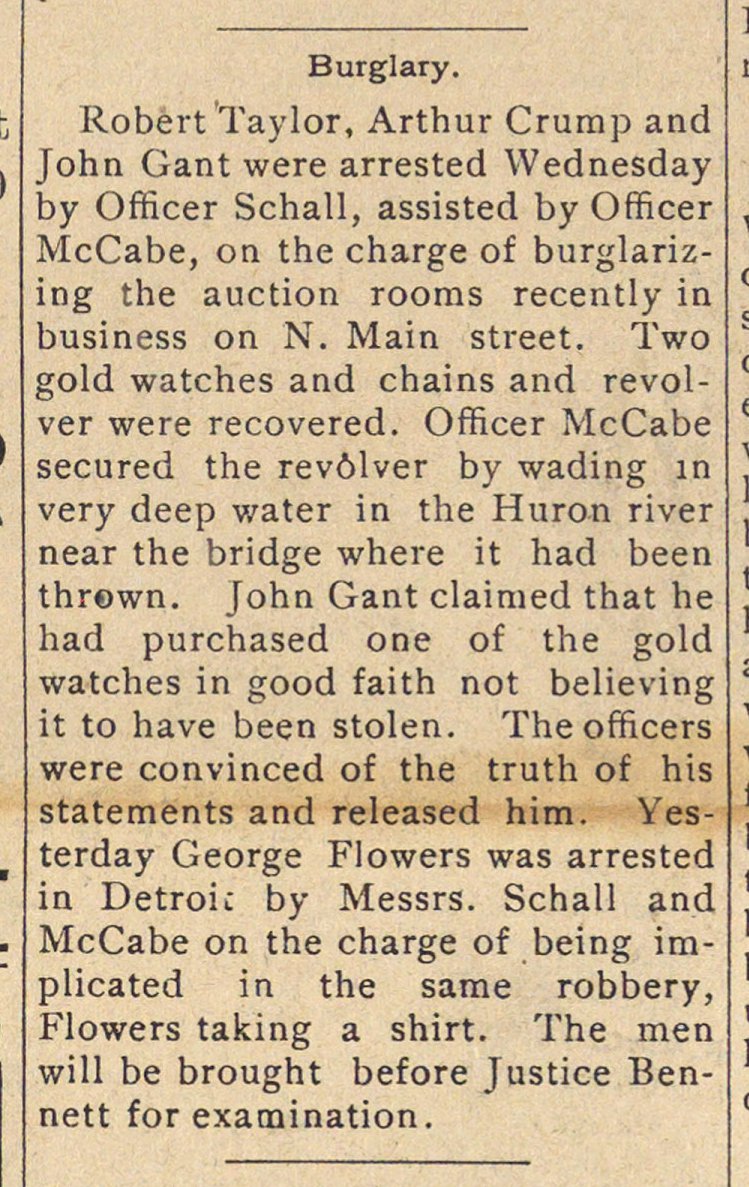 Robert Taylor, Arthur Crurap and John Gant were arrested Wednesday by Officer Schall, assisted byOfficer McCabe, on the charge of burglarizing the auction rooms recently in business on N. Main street. Two gold watches and chains and revolver were recovered. Officer McCabe secured the revólver by wading in very deep water in the Huron river near the bridge where it had been thrown. John Gant claimed that he had purchased one of the gold watches in good faith not believing it to have been stolen. The officers were convinced of the truth of his statements and released him. Yesterday George Flowers was arrested in Detroi; by Messrs. Schall and McCabe on the charge of being implicated in the same robbery, Flowers taking a shirt. The men will be brought before Justice Bennett for examination.