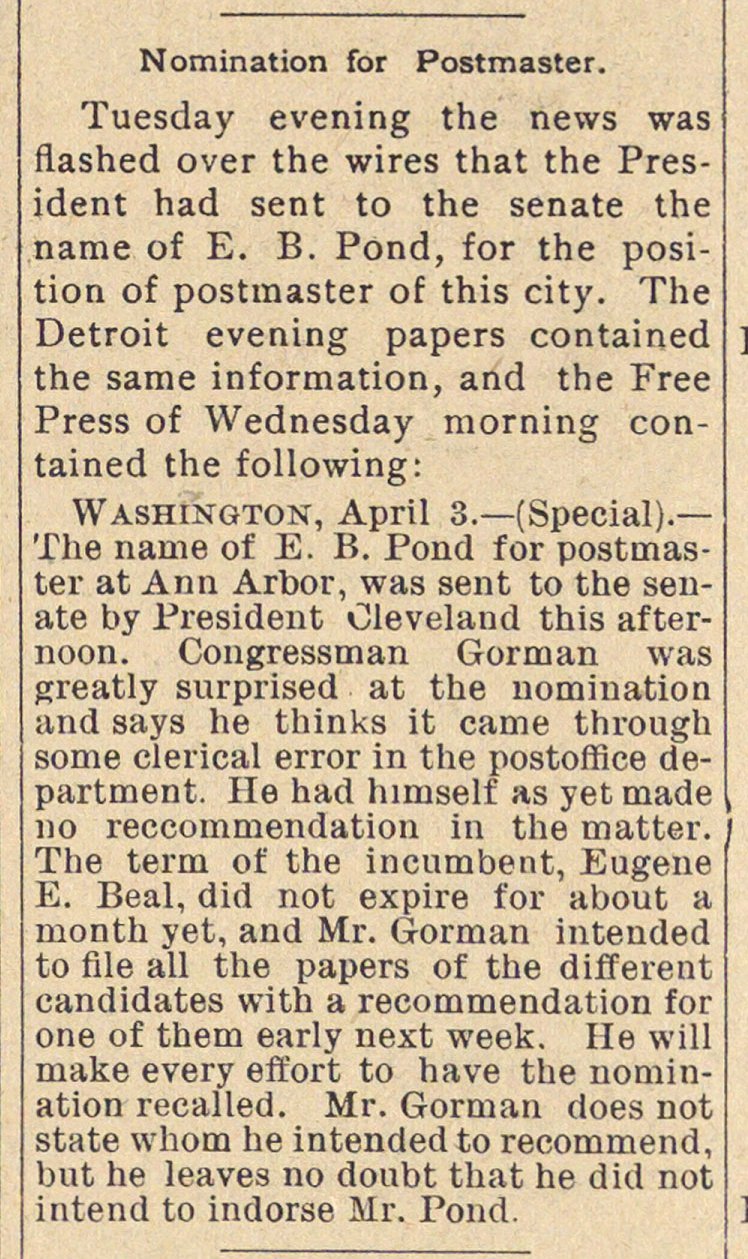 Tuesday evening the news was flashed over the wires that the President had sent to the senate the name of E. B. Pond, for the position of postmaster of this city. The Detroit evening papers contained the same information, and the Free Press of Wednesday morning contained the following: Washington, April 3.- (Special).- The name of E. B. Pond for postmaster at Ann Arbor, was sent to the senate by President Cleveland this afternoon. Congressman Gorman was greatly surprised at the nomination and says he thinks it came through some clerical error in the postoffice department. He had himself as yet made no reccommendation in the matter. The term of the incumbent, Eugene E. Beal, did not expire for about a month yet, and Mr. Gorman intended to file all the papers of the different candidates with a reeommendation for one of them early next week. He will make every eft'ort to have the nomination recalled. Mr. Gorman does not state whom he intended to recommend, but he leaves no doubt that he did not intend to indorse Mr. Pond.