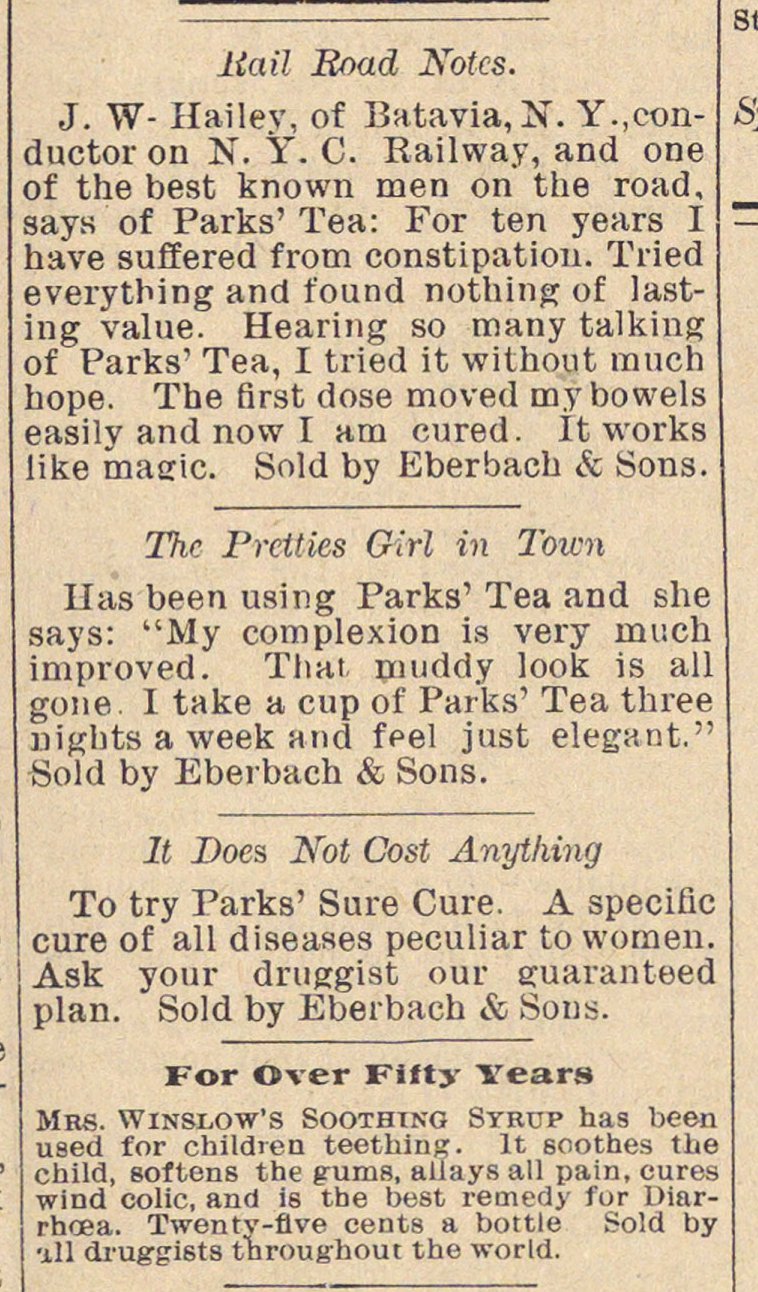 Mail Boad Notes. J. Hailey, of Batavia, N. Y. .conductor on N. Y. C. Railway, and one of the best known men on the road, says of Parks' Tea: For ten years I have suffered from constipation. Tried everytbing and found nothing of lasting value. Hearing so many talking of Parks' Tea, I tried it without much hope. The first dose moved mybowels easily and novv I am cnred. It works like ïnacric. Sold by Eberbach & Sons. The FrcUies Girl in lown Has been using Parks' Tea and she says: "My complexion is very rmch improved. That. muddy look is all gone. I take a cup of Parks' Tea three nights a week and feel just elegant." iSold by Eberbach & Sons. lt Does Not Cost Anything To try Parks' Sure Cure. A speciflc cure of all diseases peculiar to vvomen. Ask your druggist our guaranteed plan. Sold by Eberbach & Sons. For Over Ktfty Years Mrs. Winslow's Soothing Strüp has been used for children teethinj;. lt soothes the child, softens the pms, allays all pain, cures wind colic, and is the best remedy fur Diarrhoea. Twentv-flve cente a bottle Sold by uil druggists throuirhout the world.