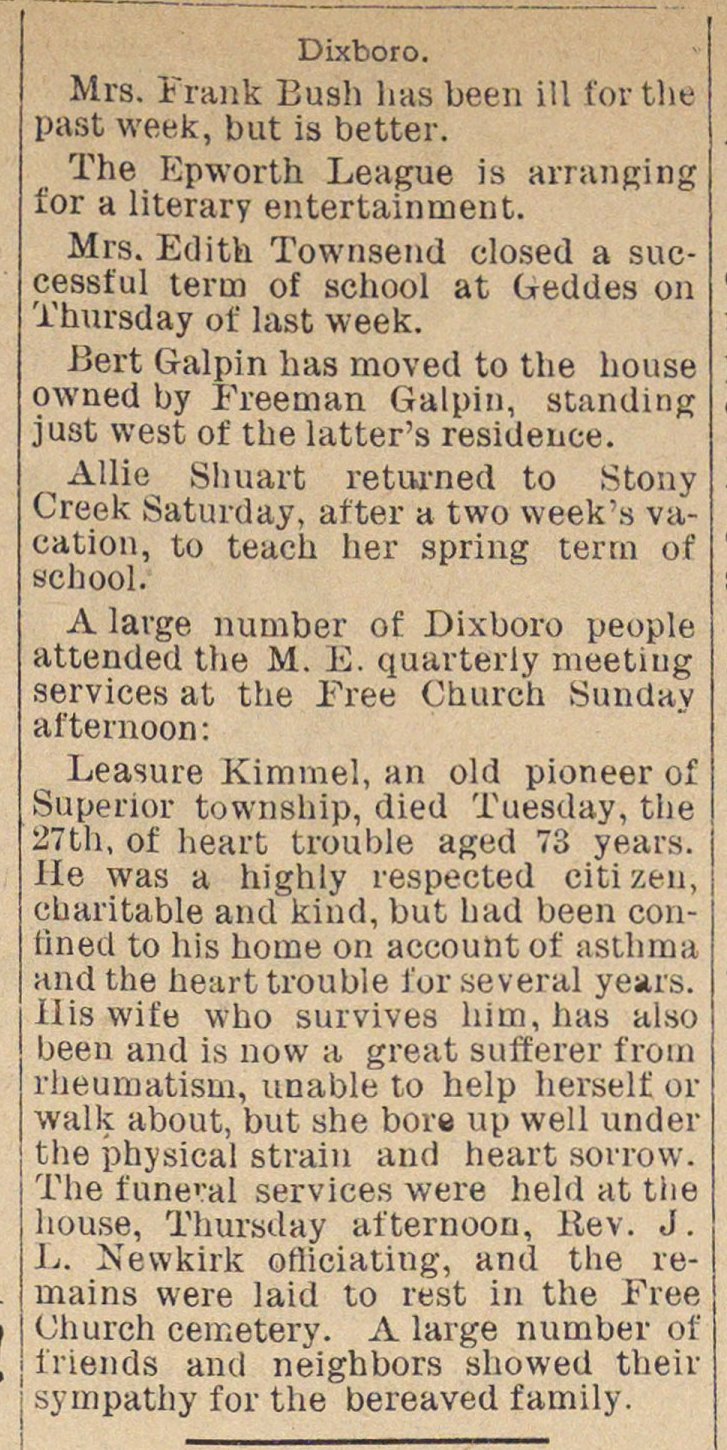 Mrs. Frank Busli has been ill forthe past week, but is better. The Epworth League is arranging tor a literary entertainment. Mrs. Editk Townseiid closed a successful term of school at Geddes on Thursday oí last week. Bert Galpin lias moved to the house owned by Freeman Galpin, standing just west of the latter's residence. Allie Shuart returned to Stony Creek Saturday, after a two week'.s vacation, to teach her spring term of school. A large number of Dixboro people attended the M. E. quarterly meeting services at the Free Church Sunday af tentoon: Leasure Kimmel, an old pioneer oL Superior township, died Tuesday, the 27th, of heart trouble aged 73 years. He was a highly respected citi zeil, cbaritable and kind, but had been conlined to his home on account of asthma and the heart trouble i'or several years. liis wife who survives hitn, has also been and is now a great sufferer from rheumatism, unable to help herself or walk about, but she bore up well ander the physical strain and heart sorrow. The f uneval services wei'e held at the house, Tlmrsday afternoon, Eev. J. L. Nevvkirk ofliciating, and the remains were laid to rest in the Free Church ceinetery. A large number of i friends and neighbors showed their sympathy for the bereaved family.