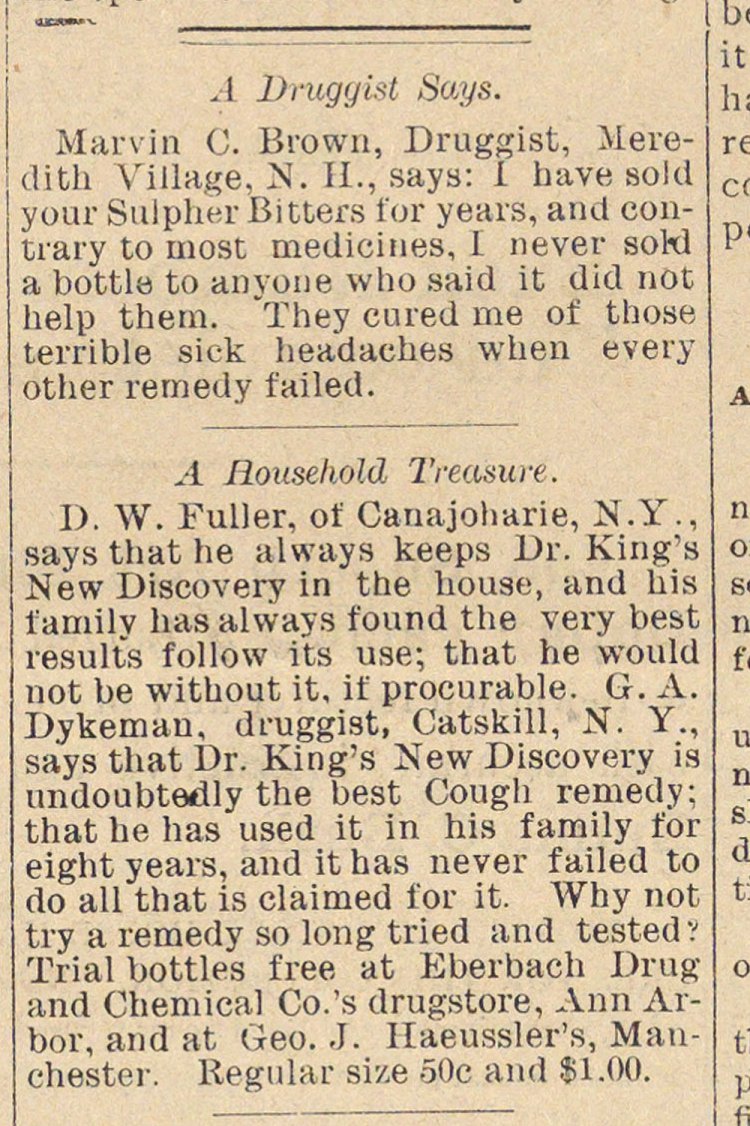 i A Drugyist Says. j Marvin C. Brown, Druggist, i dith Villaje. N. II., says: i have so Id ( your Sulpher Bitters íor years, and contrary to most medicines, L never sokl I a bottlö to anyone who said it did not help them. "They cured me of those terrible sick headaches when every other remedy f'ailed. A Rousehold Treasure. D. W. Fuller, of Cariajoharie, N.Y ., says that he always keeps l)r. King's New Uiscovery in the house, and his i'aniily has always found the very best resul ts follow its use; that he vvould not be without it, it' procurable. G. A. Dykeman, druggist, Catskill, N. Y., says that Dr. King's Jíew Discovery is imdoubtedly the best Cough remedy: that he has used it in his family íor eight years, and it has neyer f ailed to do all that is claimed íor it. Why not try a remedy so long tried and tested? Trial bottles free at Eberbach Drug and Chemical Co.'s drugstore, Ann Arbor, and at Geo. .1. Ilaeussler's, Manchester. Regular si.e -50c and $1.00.