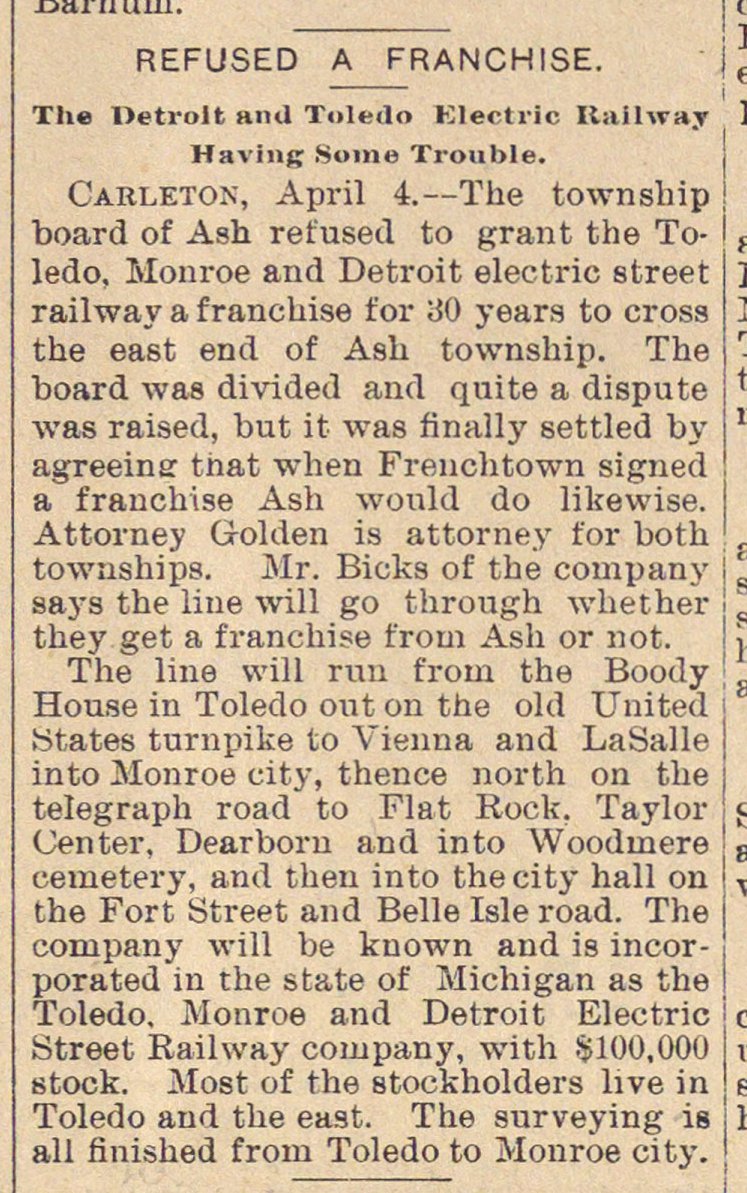 Carleton, April 4. - The township board of Ash refused to grant the Toledo, Monroe and Detroit electric street railway a franchise for '0 years to cross the east end of Ash township. The board was divided and quite a dispute was raised, but it was finally settled by agreeine that when Frenclitown signed a franchise Ash woiüd do likevvise. Attorney Golden is attorney for both townships. Mr. Bicks of the company says the line will go through whether they get a franchise trom Ash or not. The line will run from the Boody House in Toledo out on the old United States turnpike to Vienna and LaSalle into Monroe city, thence north on the telegraph road to Flat Rock. Taylor Center, Dearborn and into Woodinere cemetery, and then into the city hall on the Fort Street and Belle Isle road. The company will be kuown and is incorporated in the state of Michigan as the Toledo. Monroe and Detroit Electric Street Railway company, with 100,000 stock. Most of the stockholders live in Toledo and the east. The surveying ig all finished from Toledo to Monroe city.