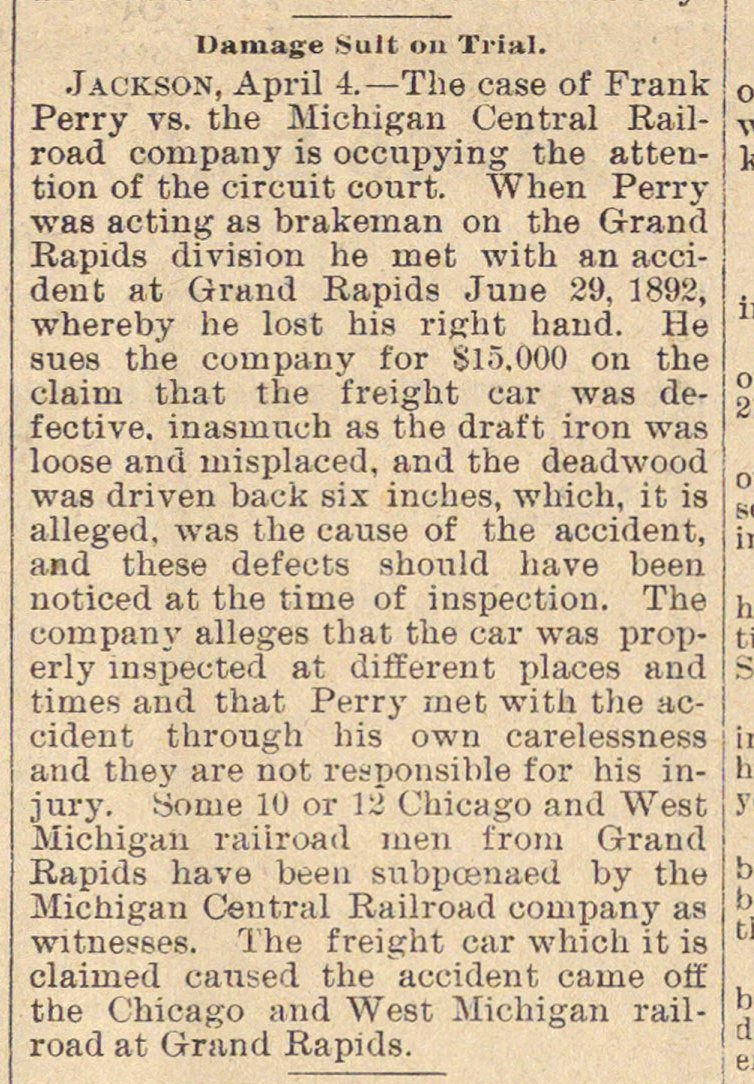 Jackson, April 4.- The case of Frank ! Perry vs. the Michigan Central ! road company is occupying the j tion of the circuit court. When Perry ■ was acting as brakeman on the Grand j Rapids división he met with an accident at Grand Rapids June 29, 1892, whereby he lost his right hand. He sues the company f'or $15.000 on the claim that the freight car was defective. inasumch as the draft iron was loose and misplaced, and the deadwood was driven back sis incbes, which, it is alleged. was the cause of the accident, and these defects should liave been noticed at the time of inspection. The company alleges that the car was properly inspected at different places and times and that Perry met with the accident through his own carelessness and they are not responsible for his jury. yorue 10 or 12 Chicago and West j Michigan railroad men from Grand Rapids have been stibpcenaed by the Michigan Central Railroad company as witnesses. The freight car which it is claimed cansed the accident came off the Chicago and West Michigan railroad at Grand Rapids.