Hark From The Tombs 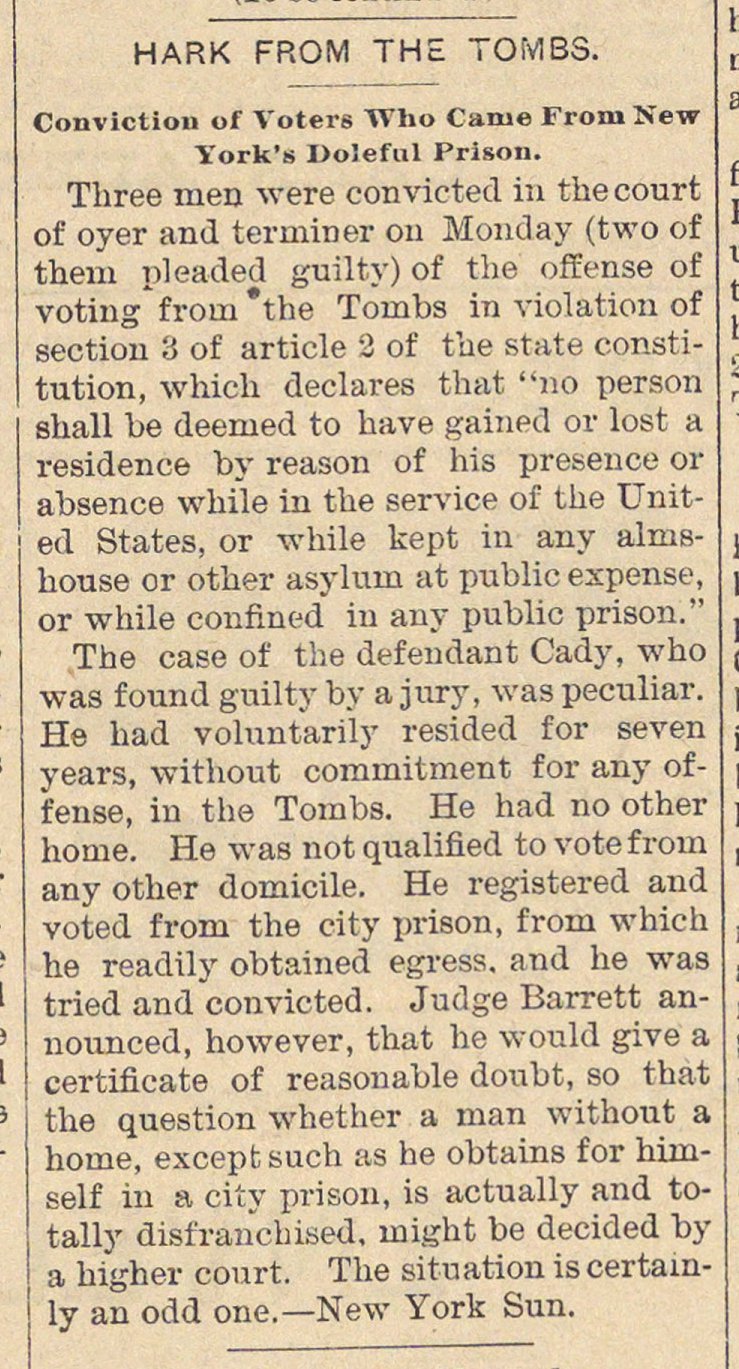 Three men were convicted in thecourt of oyer and terminer ou Monday (two of them pleaded guilty) of the ofEense of votingfroin'the Tornbs in violation of section 3 of article 2 of the state constitution, which declares that "no person shall be deemed to have gained or lost a residence by reason of his presence 01 absence while in the service of the United States, or while kept in any almshouse or other asyluin at public expense, or while confined in any public prison.' The case of the defendant Cady, who was found guilty by a jury, was peculiar. He had voluntarily resided for seven years, without cominitment for any offense, in the Tombs. He had no other home. He was not qualified to vote f rom any other domicile. He registered and voted from the city prison, from whicl he readily obtained egress. and he was tried and convicted. Judge Barrett an nounced, however, that he would give a certifícate of reasonable doubt, so that the question whether a man without a home, exceptsuch as he obtains for him self in a city prison, is actually and to tally disfranchised, uiight be decided b a hisrher court. The situation iscertain ly au odd