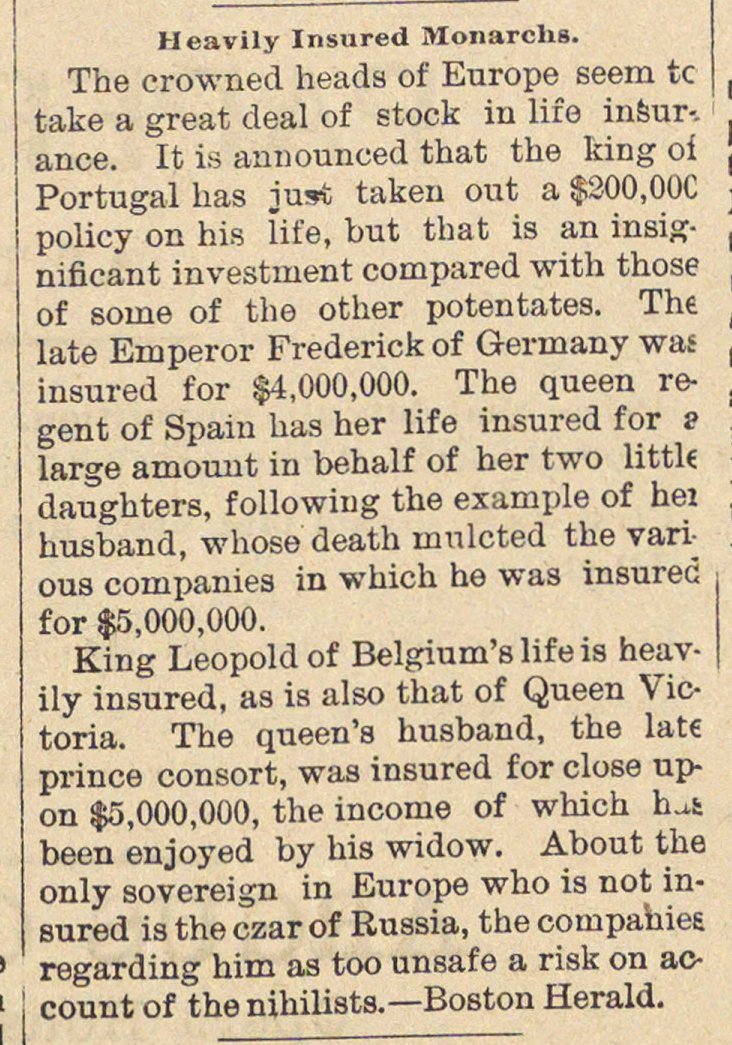 The crowned heads of Enrope seem te take a great deal of stock in life insur-. anee. It is announced that the king oí Portugal has jus taken out a $200,00C policy on his life, but that is an insignificant investment compared with those of soine of the other potentates. Thi late Emperor Frederick of Gerinany was insured for $4,000,000. The queen regent of Spain has her life insured for e large amotuit in behalf of her two little daughters, followiug the example of hei husband, whose death mnlcted the various coinpanies in which he was insurec for $5,000,000. King Leopold of Belgium'slifeis heavily insured, as is also that of Queen Victoria. The queen's husband, the late prince consort, was insured for close upon $5,000,000, the income of which h_ti been enjoyed by his widow. About the only sovereign in Europe who is not insured is the czar of Russia, the coinpahiee regarding him as too unsafe a risk on count of the nihilists.-