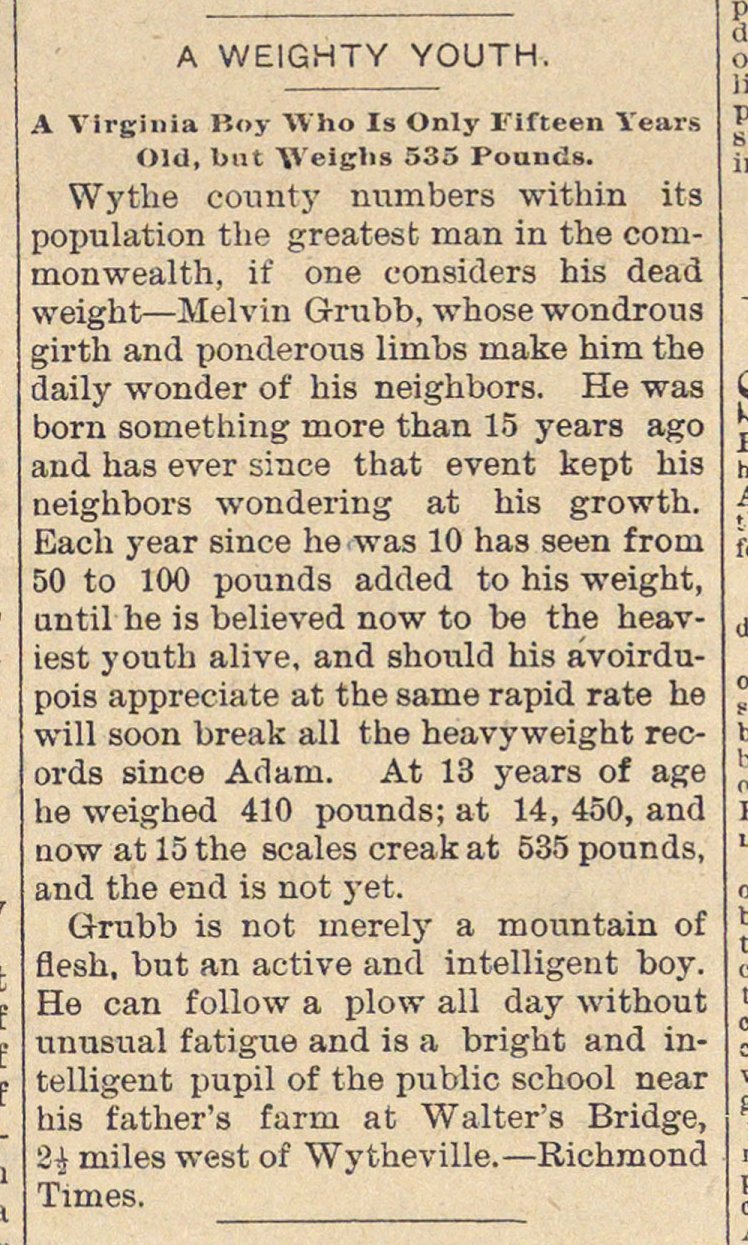 Wythe cotinty numbers within its Dopulation the greatest man in the commonwealth, if one considera his dead weight - Meivin Grubb, whose wondrous girth and ponderous limbs make him the daily wonder of his neighbors. He was Dom something niore than 15 years ago and has ever since that event kept his neighbors wondering at his growth. Each year since he was 10 has seen froni 50 to 100 pounds added to his weight, antil he is believed now to be the heaviest youth alive, and should his avoirdupois appreciate at the same rapid rate he will soon break all the heavy weight records since Adam. At 13 years of age he weighed 410 pounds; at 14, 450, am now at 15 the scales creak at 535 pounds and the end is not yet. Grubb is not inerely a mountain of flesh, but an active and intelligent boy He can follow a plow all day withou unusual fatigue and is a bright and in telligent pupil of the public school near his father's farm at Walter's Bridge