A Many Named Royalty 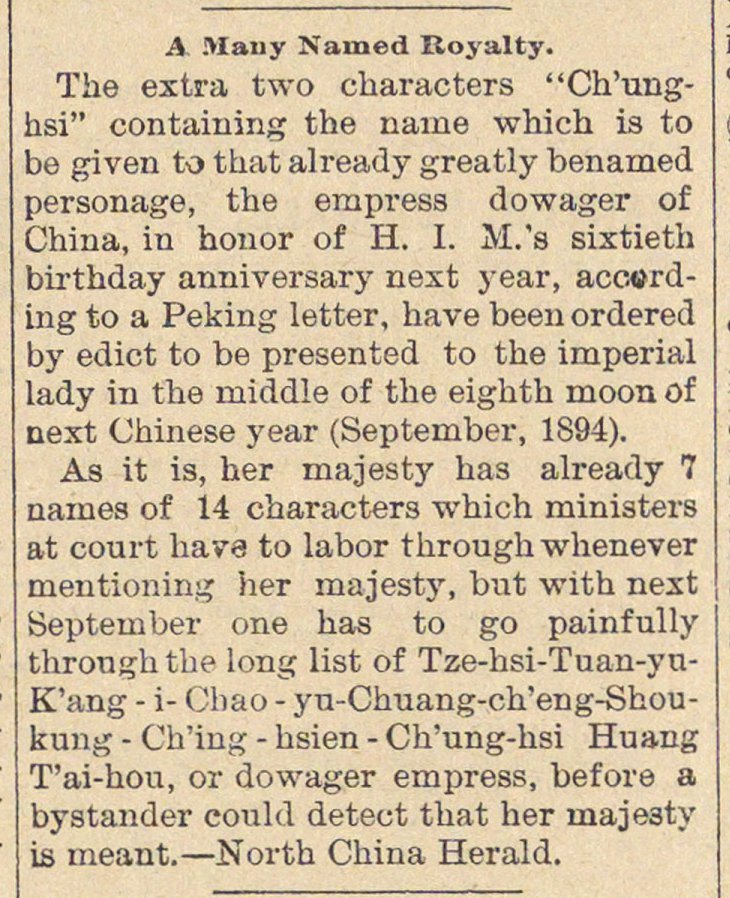 The extra two characters "Ch'ung hsi" containing the naine which is to be given to that already greatly benamec personage, the empresa dowager oi China, in honor of H. I. M.'s sixtietl birthday anniversary next year, acccrd ing to a Peking letter, have been orderei by edict to be presented to the imperia lady in the middle of the eighth moon O next Chinese year (September, 1894). As it is, her majesty bas already ' names of 14 characters which minister at court have to labor throughwheneve mentioning her majesty, but with nex September one has to go painfully through the long list of Tze-hsi-Tuan-yoK'ang - Chao - yu-Chuang-ch'eng-Shoukung - Ch'ing - hsien - Ch'ung-hsi Huang T'ai-hou, or dowager empress, before a bystander could detect that her inaje3ty is