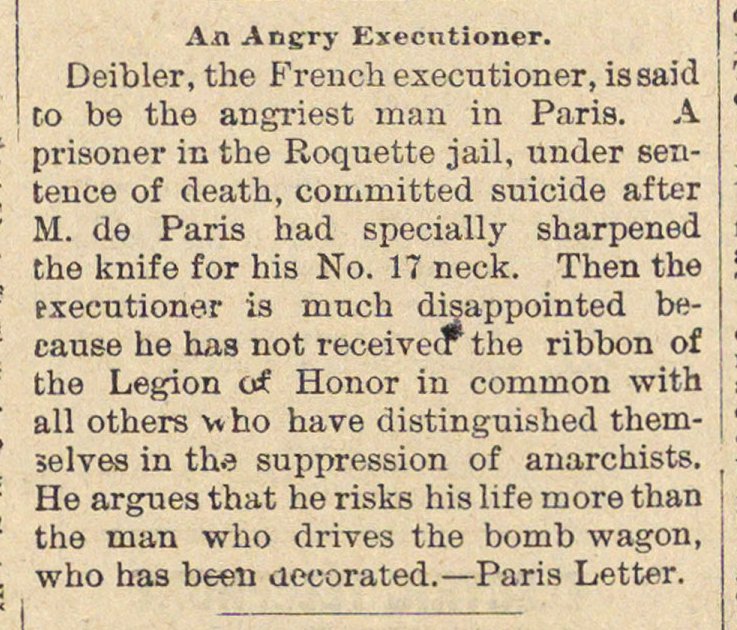 Deibier, the Frenen execntioner, issaid co be the angriest man in Paris. A prisoner in the Roquette jail, under sexttence of death, couiniitted suicide after M. de Paris had specially sharpened the knife for his No. 17 neck. Then the fxecutioner is much disappointed because he has not receivecr the ribbon of the Legión of Honor in common with all others vvho have distinguished themselves in tha suppression of anarchist. He argues that he risks his Ufe more than the man who drives the bomb wagon, who has been