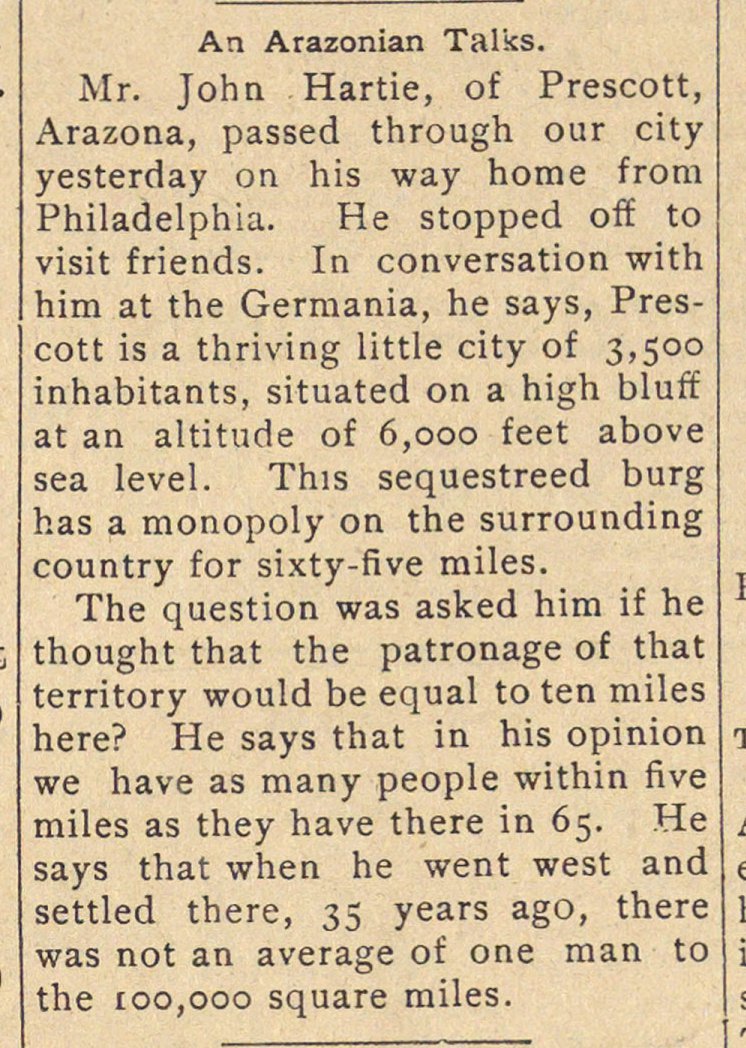 Mr. John Hartie, of Prescott, Arazona, passed through our city yesterday on his way home from Philadelphia. He stopped off to visit friends. ín conversation with him at the Gemianía, he says, Prescott is a thrivíng little city of 3,500 inhabitants, situated on a high bluff at an altitude of 6,000 feet above ea level. This sequestreed burg has a monopoly on the surrounding country for sixty-five miles. The question was asked him if he hought that the patronage of that erritory would be equal to ten miles here? He says that in his opinión we have as many people within five miles as they have there in 65. He ays that when he went west and settled there, 35 years ago, there was not an average of one man to the 100,000 square miles.