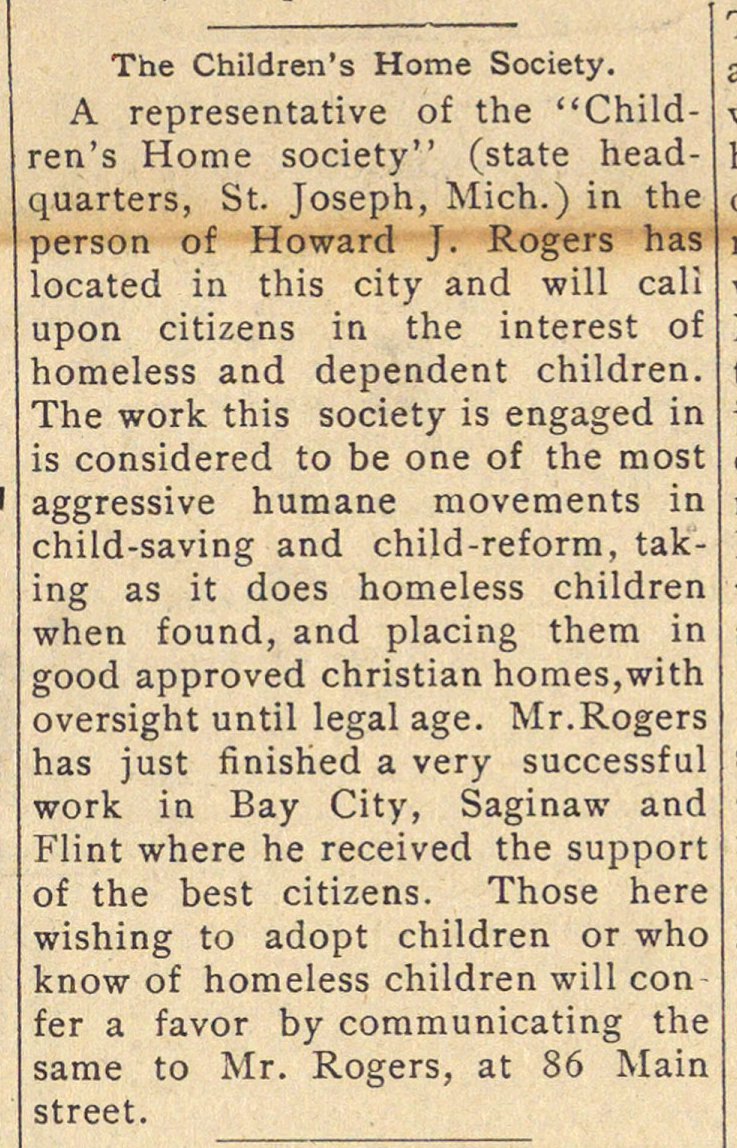 A representative of the "Children's Home society" (state headquarters, St. Joseph, Mich.) in the person of Howard J. Rogers has iocated in this city and will cali upon citizens in the interest of homeless and dependent children. The work this society is engaged in is considered to be one of the most aggressive humane movements in child-saving and child-reform, taking as it does homeless children when found, and placing them in good approved christian homes, with oversight until legal age. Mr. Rogers has just finished a very successfu work in Bay City, Saginaw and Flint where he received the support of the best citizens. Those here wishing to adopt children or who know of homeless children will con fer a favor by communicating the same to Mr. Rogers, at 86 Main street.