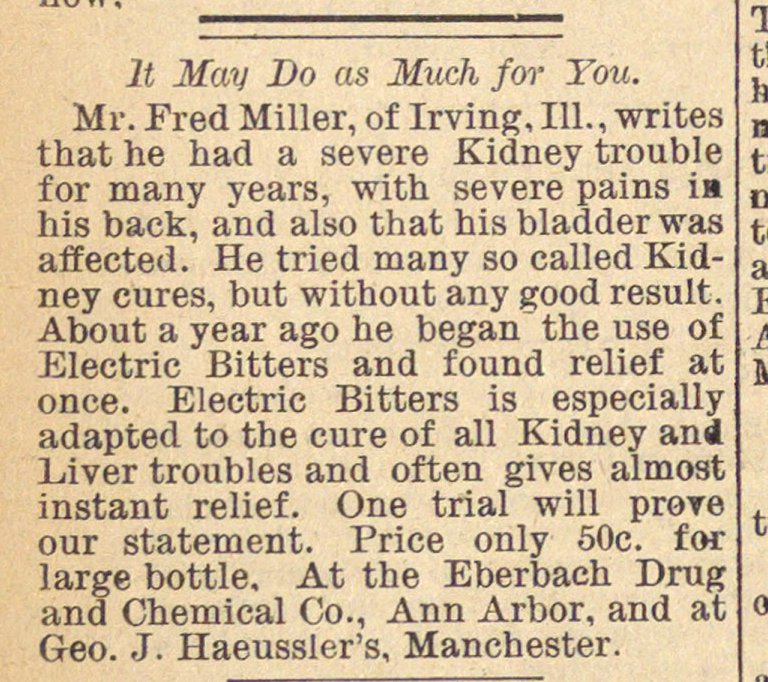 lt May Do as Much for You. Mr. Fred Miller, of Irving, 111., writes that he had a severe Kidney trouble for many years, with severe pains im his back, and also that his bladder was affected. He tried many so called Kidney cures, but without any good result. About a year ago he began the use of Electric Bitters and found relief at once. Electric Bitters is especially adapted to the cure of all Kidney an4 Liver troubles and often gives almost instant relief. One trial will prore our statement. Price only 50c. for large bottle. At the Eberbach Drug and Chemical Co., Ann Arbor, and at Geo. J. Haeussler's, Manchester.