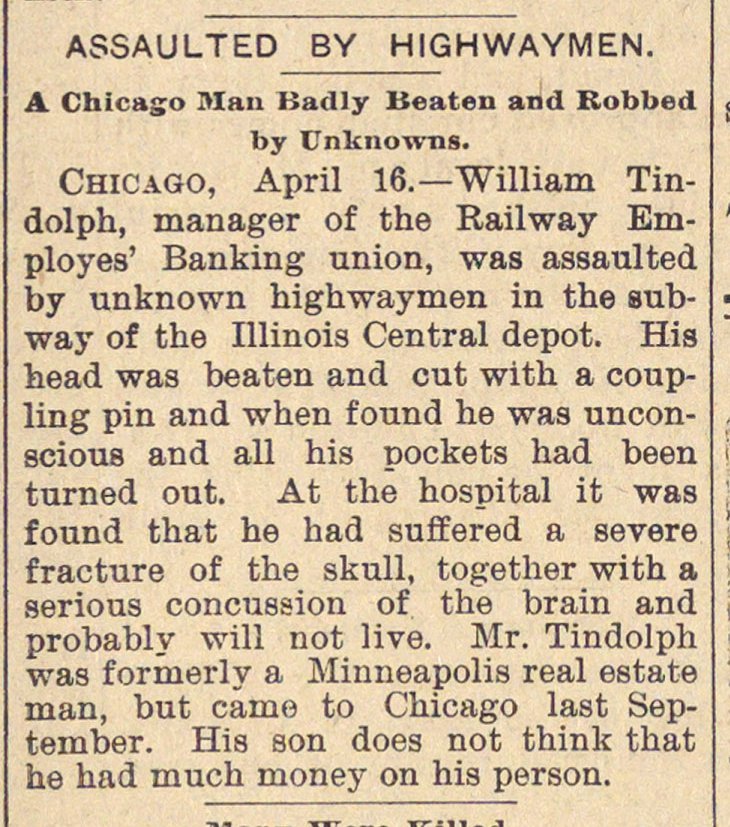 Chicago, April 16. - William Tindolph, manager of the Railway Employés' Banking unión, was assaulted by unknown highwaymen in the subway of the Illinois Central depot. His head was beaten and cut with a coupling pin and when found he was unconscious and all his pockets had been turned out. At the hospital it was found that he had suffered a serere fracture of the skull, together with a serious concussion of the brain and probably will not live. Mr. Tindolph was formerly a Minneapolis real estáte man, but carne to Chicago last September. His son does not think that he had much money on his person.