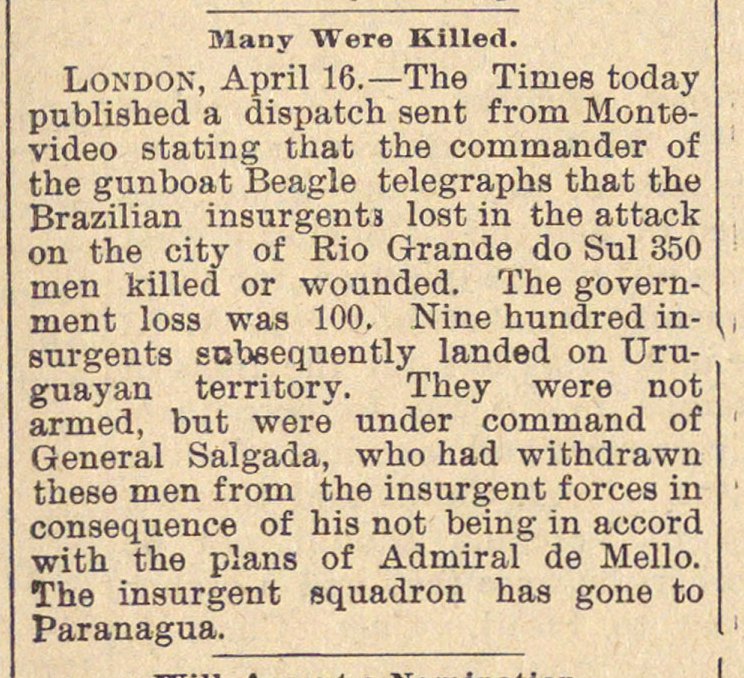 Londox, April 16. - The Times today published a dispatch sent from Montevideo stating that the commander of the gunboat Beagle telegraphs that the Brazilian insurgents lost in the attack on the city of Rio Grande do Sul 350 men killed or wounded. The government loss was 100. Nine hundred insurgents sobeequently landed on Uruguayan territory. They were not armed, but were under command of General Salgada, who had withdrawn these men from the insurgent forcea in consequence of bis not being in accord with the plans of Admiral de Mello. The insurgent squadron has gone to Paranagua.